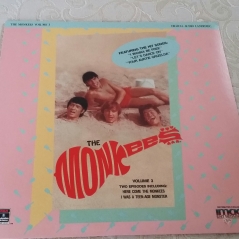 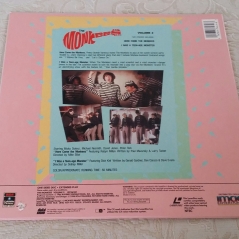 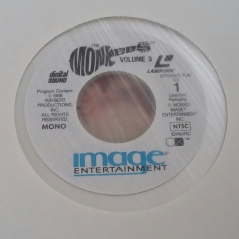 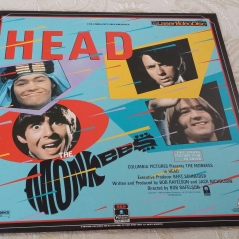 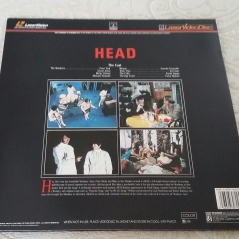 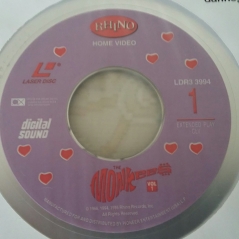 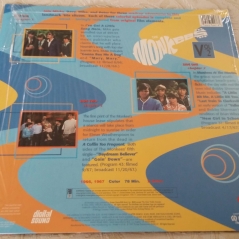 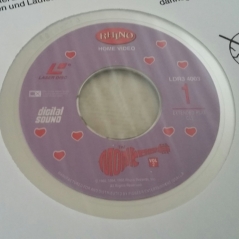 Never heard of LaserDiscs you say?

Okay, let’s hit rewind and take a quick look at the LaserDisc and why on earth anyone would have owned them.

You see LaserDiscs were a format of video first released in the late 1970s and were in production until the dawn of the DVD era with the last North American LaserDisc being produced in 2000.

The LaserDisc looked like a giant compact disc and contained video as well as audio.

Usually the discs were two-sided and contained movies, TV series, concerts and documentaries and were aimed at video enthusiasts who wanted the best quality copy of their favorite movies or TV shows or what have you that they could purchase.

The main advantage of the LaserDisc was that it had much superior video and audio quality as compared to VHS tapes which were the most popular video format competing with LaserDiscs at the time – that is until the creation of the DVD.

Now I have a little bit more of a sentimental attachment to LaserDiscs then most as my father was an electrical engineer for Magnavox back in the 1970s and he brought one of the machines home (with a LaserDisc containing the movie “Jaws”) for awhile and we got to see the amazing video quality of the LaserDisc before the players hit the market.

We tested Maganavox equipment from time to time but I distinctly remember being AMAZED at this crazy new format and how cool it was to watch a movie at home. I saw the LaserDisc  player way before we had an VHS player so the LaserDisc was implanted in my mind as THE video format.

Anyway, this brings me to Monkees LaserDiscs.

As you can imagine, I too had a LaserDisc player (surprise, surprise) that I bought somewhere in the 1990s and purchased Monkees and Beatles discs as well as a few movies and other fun stuff that came out on the LaserDisc format.

The Monkees discs I’ve pictured above are a remnant of the few years I was into the LaserDisc.

I still have my LaserDisc player, which works, but rarely hook it up nowadays but I’ve managed to transfer these Monkees discs to recordable DVDs and still watch them from time to time and I must say the quality is still pretty darn good.

The recent Blu-Ray release of The Monkees TV series blows these discs away but they’re on par with the quality of the Rhino DVD sets that are still in print. In fact, the two Rhino LaserDiscs pictured above are from the same transfer as the DVDs and look pretty much the same which tells you why video enthusiasts liked the LaserDisc format.

The major downside of the LaserDisc format was the weight of the discs (you think records are heavy!) and that it was a pain to have to switch sides constantly unless you had a high end player which flipped the sides for you.

And of course LaserDiscs were really expensive which was most likely the reason the format never gained too much traction in the marketplace.

So, take a look at the Monkees LaserDiscs I still own.

You rarely see them these days and I thought it might be a fun thing for Monkees fans to see or for anyone curious about LaserDiscs.

Until next time be well pass the popcorn, it feels like time to watch some TV …