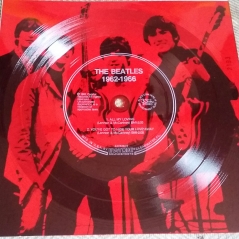 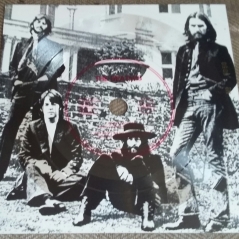 Every now and again I like to dip my toes into the waters of time and journey back to my high school years.

Today I’m sitting on the banks of my river of memories and stirring up the waters of 1982.

Ahhh, 1982, I remember it well. I still have a fondness for several records that came out that year.

Let’s see some of my favorite albums from 1982 would include Paul McCartney’s “Tug of War” (naturally), The Go-Go’s “Vacation”, Billy Joel “The Nylon Curtain”, Fleetwood Mac “Mirage”, Asia “Asia” as well as a now obscure Beatles collection called “Reel Music”.

The Beatles “Reel Music” was released in March of 1982 (36 years ago this past week – yikes!) and featured music from the films The Beatles made in the 1960s.

It really was an oddball collection but it did feature a fun booklet and I loved the selection of songs on the album. Of course this collection has never made it to the CD age and is now doomed to lie on the shorelines of time as a fun but nearly forgotten memento.

BUT the Reel Music album did inspire another wacky yet fun collectible – Beatles Soundcards!

Musicland, a chain of record stores located in shopping malls around the US in the 1970s and 80s, and The Beatles record label Capitol Records came up with these colored flexi-discs to promote the release of the Reel Music collection.

Each Soundcard was numbered and featured two songs from the albums mentioned above:

Pictured above are all three discs that Musicland offered as well as a newspaper ad advertising the discs and a groovy promotional sign for the “Reel Music” album.

You don’t hear much about these odd collectibles nowadays so I thought it might be fun to take a look at them and you certainly don’t see the Musicland ad at all as I’ve never seen it other than the copy I clipped from the newspaper in 1982.

Every now and again I take the “Reel Music” album out for a spin and look through the groovy booklet of photos from the Beatles films. It’s a nostalgia thing more than anything else but it does take me back to a fun time.

Anyway, take a look for yourself and enjoy.

Until next time be well and Ta Ta for Now!