Welcome once again to the blog that never ends!

Today I take a look at freebies (well, not really free but advertised that way) from Best Buy that have crept into my collection.

You see, once upon a time Best Buy stores actually carried CDs, lots of them. They used to have rows and rows of them and believe it or not they used to be THE place to buy them. These days if you can even find one row of CDs you’d be lucky as CDs are now as cold as yesterdays leftovers.

BUT Best Buy at one time was a great place for Beatles fans. I think it first started with the release of The Beatles Anthology CDs in 1995.

Let me take you back if you will. My oldest brother, nine years my senior but his wife’s family STILL think we’re twins! – was home for Thanksgiving break and after having watched the first installment of The Beatles Anthology TV special on ABeatleC we went to our local Best Buy at midnight to wait in line to buy the first CD set associated with the show called The Beatles Anthology 1.

Best Buy had a free 4 CD set as a giveaway with the new Beatles set and of course I was going to be there come hell or high water, despite my sister-in-law thinking I had lost what little mind I had lol.

Anyway, over the years Best Buy gave away several freebies associated with The Beatles or the solo Beatles especially Paul McCartney.

Some of my favorite freebies have come about in the past few years actually – a trend that is sadly ending as the store no longer really supports CD sales that much.

Below are a few of may favorites – free singles with Best Buy’s exclusive release of the Paul McCartney Archive reissues of “Venus and Mars” and “Wings at the Speed of Sound”.

You filled out an online form and they sent the 45’s to you for free. Well, not really as the CDs cost more but they are pretty cool looking 45’s!

Btw, I’ll do several more posts about 45’s in the future so set your Blog Bat Channel appropriately.

The other really fun things Best Buy have given away with their McCartney Archive releases were the tote bags they packaged with their exclusive releases of the “Tug of War” and “Pipes of Peace” CDs. Of course these magnificent tote bags sit unused in their respective boxes but they sure do look purdy!

I’m sure I’ll do more posts about freebies as I’m positive I forgot some but these will do for now.

In the meantime, take a gander at some of my favorite Best  Buy goodies below: 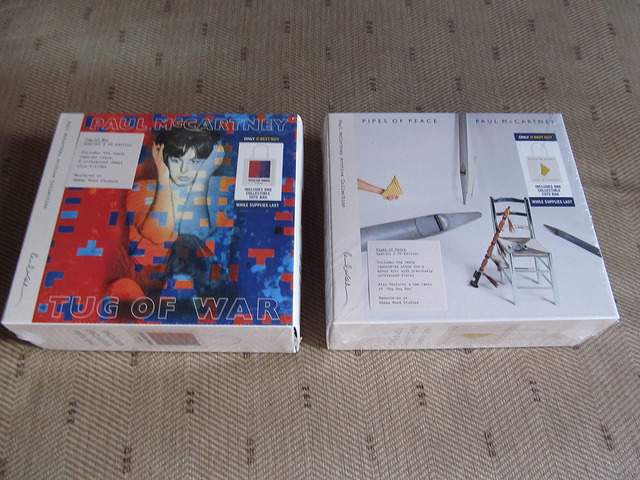 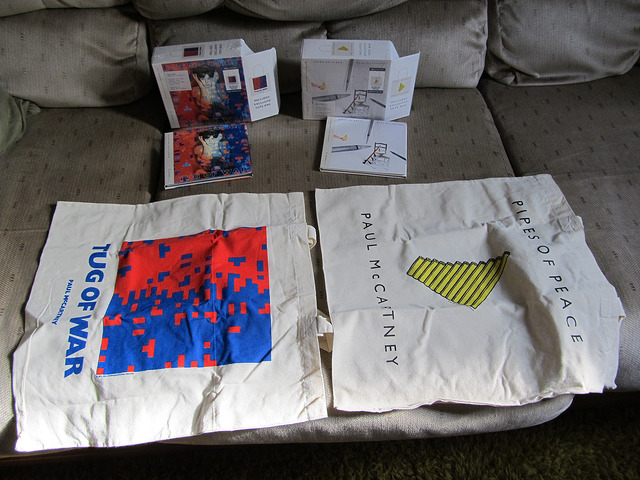 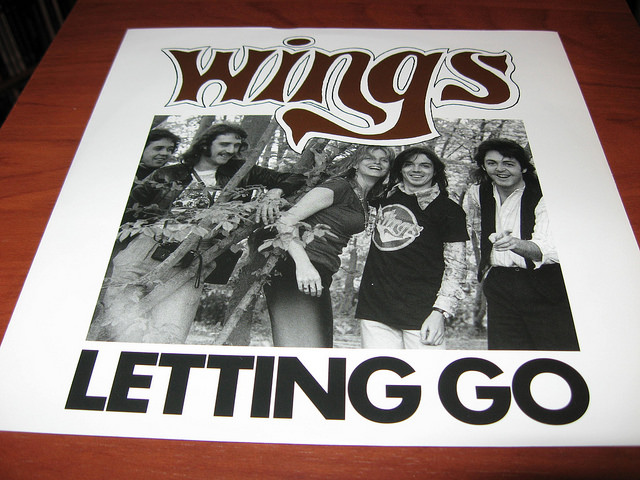 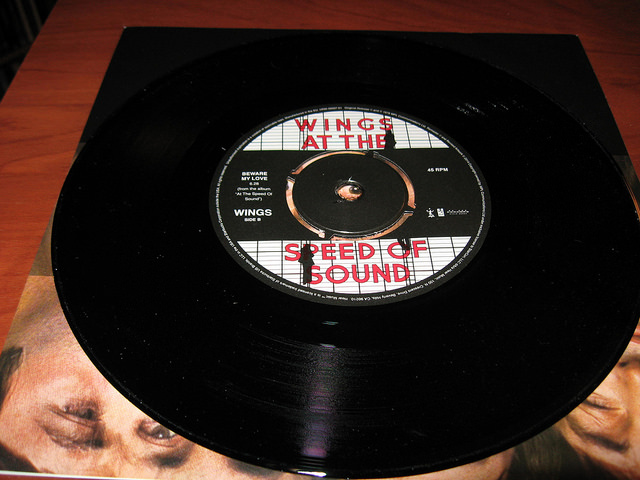