Today I thought I’d share with you, dear readers (I hope), something that I got a few years ago; something that is wicked cool (to me anyway) and chaulk full of some of the best music from the 1960s.

It’s a small box that contains fifteen singles by Simon and Garfunkel called “All the Singles” (CBS Sony 80SP 601-15) that was released in Japan in 1982.

Now this particular set of singles is extremely rare at least here in the United States. The great thing about this set is that the majority of singles it contains feature the mono single mixes which have never been released on either LP or CD anywhere in the world to my knowledge.

And as I’ve said before, and which will soon become a mantra lol, is that the hit mono single versions of these songs sonically wipe the floor with the currently available stereo mixes which are on the Simon and Garfunkel’s albums in print on CD.

The first twelve singles in this set (all in mono) contain some of Simon and Garfunkel’s best songs – “The Sounds of Silence”, “Homeward Bound” “I Am a Rock” (very different and much ballsier in mono), “A Hazy Shade of Winter” (dazzling in this single version which is even hotter sounding than the mono LP version), “Scarborough Fair”, “Mrs. Robinson”, “The Boxer” (lovely and much denser and darker than the stereo version) and “Bridge Over Troubled Water.”

The last three singles in the set are in stereo and include the Simon and Garfunkel reunion hit “My Little Town” from 1975.

Truly, these Japanese pressings are so superb, so silent that you’d be hard pressed to know the CD I made from this set was mastered from vinyl sources.

I know you have to be a true vinyl head (or nutjob lol) to probably care about the mono mixes but for me they just sound right.

I’m sure some of the millions of people who heard these hit versions day after day when they were young would instinctively say “oh yeah, that sounds like I remember them” if they heard them again.

IF being the operative word as the Simon and Garfunkel mono mixes seem to MIA at least for now anyway.

Until Paul Simon and Art Garfunkel are convinced, or at least give their blessing, to re-release their most famous work the way millions of fans heard and bought them, then this set will probably stand as the last word and best way to hear the proper hit versions.

As I had never seen this set before I bought it, I thought folks might enjoy a glimpse or two of the cover and insides of this little jewel (below).

“Are you worried and distressed?
Can’t seem to get no rest?
Put our product to the test
You’ll feel just fine
Now
Buy a big bright green pleasure machine” … 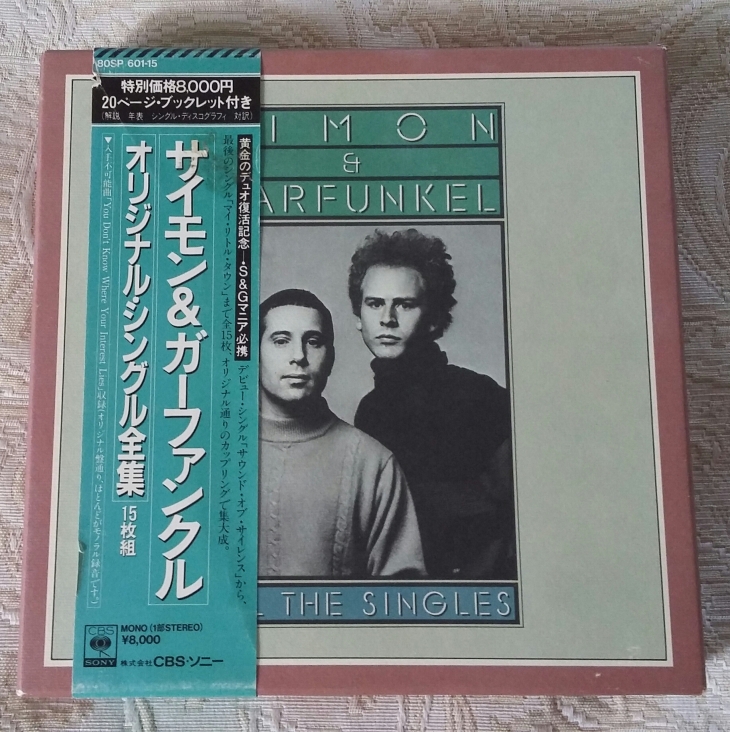 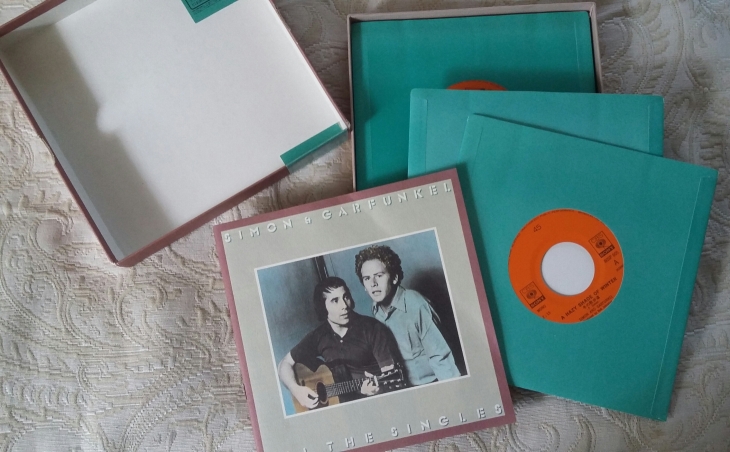 Have you ever been lucky enough to find a something you collect that’s fairly rare and paid next to nothing for it?

Three or four times in my collecting life I’ve had the pleasure to have that happen and luckily it happened to me again just a few months ago.

This past July I stumbled across an ad for The Beatles CD Singles Collection online that was for sale in my hometown. I already own that CD set but then I caught the word “Mini” from the corner of my eye and did a double take.

I own the 5-inch CD set that was released in 1992 but the set being advertised is the much rarer mini 3-inch version that came out a few years earlier in 1989.

The mini set came in a sleek, black longbox (with gold lettering) filled with 22 3-inch CDs featuring of all The Beatles singles (A and B sides). Btw, the singles were also sold separately from the box and came in small plastic cases inside tiny, thin longboxes that featured each singles picture sleeve as the photo on the box.

Mini CDs were a fade from the late 1980s that didn’t really catch on – surprise, surprise  – as who wants to continually walk back and forth to your CD player every few minutes.

I bought a couple of the individual titles (for the cool packaging, jeesh I know kind of sad lol) but I never wanted to pony up for the whole set of 22 discs in the nice long black box with pretty gold lettering. The set was only available for a short time and nowadays commends a hefty price ranging from $175 to $300.

Well, I happened to end up answering the ad and buying this nifty mint set of 22 3-inch CDs which came in the pretty black box with gold lettering for the royal sum of $20.00. Yes, $20.00.

Never one to pass up such a great bargain, the set now proudly sits in a place of honor in my CD collection.

I thought I would never want to mess with playing them but I was wrong, I really enjoy listening to this set! I’m a sucker for things in miniature and this set is just plain fun to take out and enjoy.

Now, as I’ve said before a couple of posts back, The Beatles single mixes are the best way to hear most of their hits. A few of the stereo mixes, especially from the late 60s, may surpass their mono counterparts but generally these songs need to be enjoyed from the hit single versions that come blasting out of the speakers when you play them.

“I Want to Hold Your Hand”, “She’s a Woman”, “Yes it Is”, “Paperback Writer” and “Penny Lane” among many other titles here simply shimmer in mono and make their stereo counterparts “ice cream” to quote John Lennon (who stated that about the stereo vs. mono mix of “Revolution” which is also a part of this set).

I also think the mastering on this set may be the best these unique mono mixes sound on CD. The newer transfers of these mixes from 2009 sound good too but these may have a slight edge in my book.

So, if you ever come across this set for a decent price, grab it! It’s well worth your time. That is if your a Beatles freak in any way like me lol.

If you want to see some cooly, groovy mini Beatles feast your eyes below: 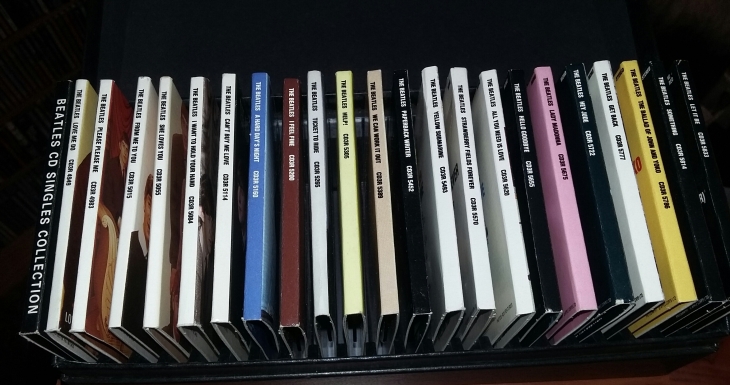