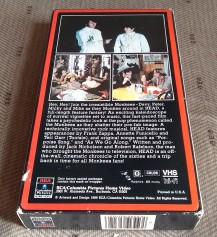 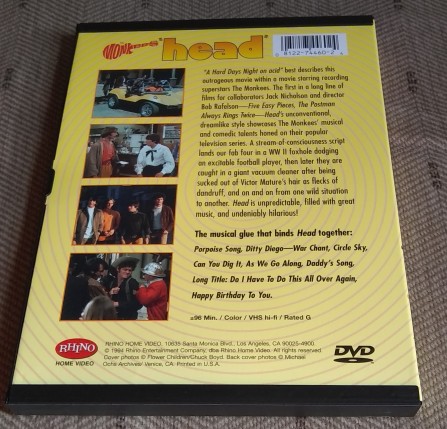 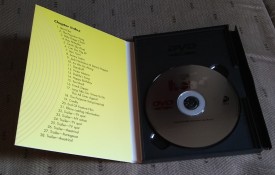 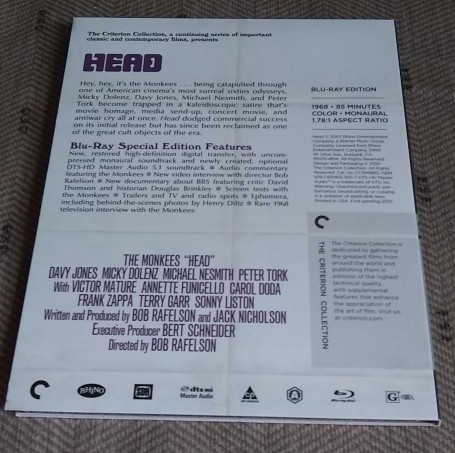 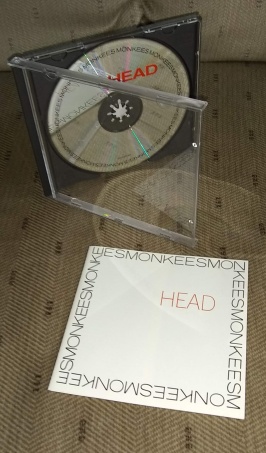 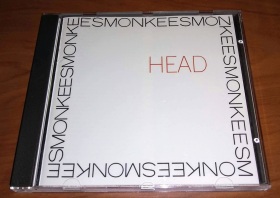 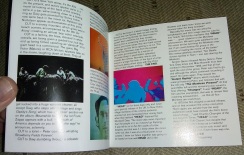 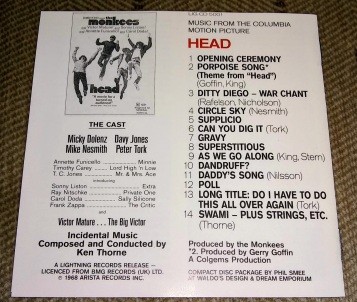 Welcome to another fine summer day in my corner of the virtual universe!

So much great music from 1968 including “The BEATLES” (nicknamed “The White Album”), “Bookends” (Simon & Garfunkel) and “Friends” (The Beach Boys) – just to name a few of my favorite albums and groups from that year.

But today I thought I’d turn my attention to one of the most unique, and interesting, pieces from The Monkees catalog; their movie “HEAD” and its accompanying soundtrack album.

I’ve done pieces on “HEAD” here before but I thought it might be fun to take a look at some of its video incarnations as well as a fun oddball UK CD release from 1992.

As I’ve said before The Monkees film “HEAD” is one strange and amazing piece of filmmaking. To say it’s something different in the group’s canon is an understatement. “HEAD” is one unrelenting ride into the late ’60’s burgeoning era of independent films via Hollywood and one of its biggest musical creations.

The film basically is a series of strange vignettes that chronicle The Monkees phenomena and exposes, in an offbeat and frankly confusing way at times, Hollywood’s penchant for creating illusions and how those illusions (The Monkees) react to their own odd universe (stardom) with all the manipulation that Hollywood stardom entails.

Okay that sounds odd and “HEAD” IS odd but it’s also fascinating, frustrating and in the end fulfilling. The movie is also filled with some of The Monkees best songs including the exquisite “The Porpoise Song (Theme from “HEAD”), “As We Go Along”, “Can You Did It?”, “Do I Have to Do This All Over Again” and “Circle Sky”.

I first stumbled upon the film of “HEAD” via a bootleg VHS tape I acquired in the mid 1980’s. I  remember being just fascinated and perplexed and utterly amazed at the difference of the “film” Monkees to their TV counterparts.

When The Monkees revival happened in 1986 I was finally able to get my hands on a really nice quality copy of the film when I purchased an official copy that was released by RCA/Columbia Pictures (see above) on VHS tape. Remember VHS tape?

Later Rhino Records released an even better transfer of the film on DVD which was then superseded by an even BETTER transfer by an esteemed company called Criterion as part of their Criterion Collection who take great pride in making classic films available in the best quality possible.

The recent Criterion release from one of their Blu-Ray and DVD box sets (“America Lost and Found: The BBS Story”) looks (and sounds) fantastic (also see above). Not only was the film meticulously transferred but the songs were remixed into 5.1 sound and have never and I mean never sounded better!

This stunning print (minus some of the bonus features) was also released as a part of “The Monkees – The Complete Series”, a very limited Blu-Ray set that was available at one time through Monkees.com (more on that set in a future blog post).

The other interesting “HEAD” release from my collection is a 1992 CD release of the soundtrack that came out in the UK on an obscure label called Lightning Records. In fact if my memory serves, and sometimes it doesn’t lol, this was the first CD release of the entire soundtrack.

The album cover was white like the first UK vinyl release and this particular CD issue also features an alternate mix of Mike Nesmith’s song “Circle Sky” which though not superior to the normal mix is a fun variation nonetheless.

At the time I remember thinking how cool it was to get this mix on CD plus the rest of the soundtrack sounding very good, excellent in fact, with very nice mastering.

To this day this is one nice sounding CD though the release of the superb Rhino 3 CD box set of “HEAD” from 2010 is pretty much the last word on this album. The Lightning CD though is a fun collectible and worth tracking down if you can find one.

And if you’ve never seen the film “HEAD” and you’re familiar with The Monkees TV show you may want to give it a try. You may not like it and you may be a bit confused but it is certainly a different experience from watching their TV show.

Well there you have it. A sort of “HEAD” O-Gram from me for the day. As usual you can take a quick gander at the four-“HEAD”ed Monkee above if you’re interested.

That’s all for now, until next time be well and safe!