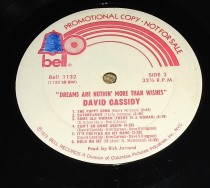 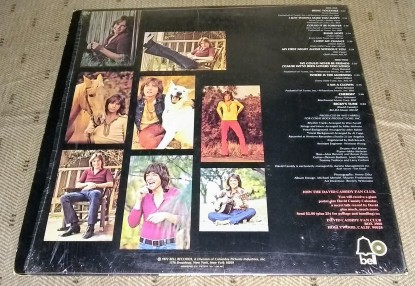 Well, I must say the vinyl revival has really brought old albums out of the woodwork.

I’ve been on vacation this past week and as per usual I’ve found myself in several small thrift and antique stores trolling the shelves for all things vinyl.  A few years ago I might find an old vinyl album here or there but nowadays you find vinyl EVERYWHERE!

I mean I visited some really small and out of the way places this week and even in a store that was stocked with mainly clothes and weird oddities there happened to be a box of vinyl … or two.

And not just crap vinyl but some really choice nuggets worth buying.

Case in point, I was meandering through a small store making my way outside when I spotted a small box of vinyl. Now who in the world would have thought there’d be a promo copy of a David Cassidy album plus another Cassidy album in the shrink wrap, I ask you?

The owner of the shop didn’t even seem to know she had any vinyl as she was surprised when I brought them up to buy. She was under 30 and asked was this the guy from The Partridge Family as her mom had a crush on him when she was young.

When she was young, ouch lol. That’s what forty some years does for you.

Anyway, it’s pretty tough to find Bell Records promo copies and to find one for under $5 is a great day – for me anyway. Both Cassidy albums were under $5 actually so bingo another fun find for the day.

To be honest the promo copy I bought of David Cassidy’s 1973 album “Dreams Are Nuthin’ More Than Wishes” wasn’t in mint shape mind you, far from it.

Actually the vinyl looked as if it had never been cleaned so I wondered how it would sound. Luckily it cleaned up very nicely and as usual this promo copy didn’t disappoint in the sound department as it sounded terrific!

As I’ve said before I basically ignored Cassidy’s solo work in the 1970’s but this album is really quite good. Even better sounding on a good piece of vinyl like this pressing. His version of Peggy Lee’s “Fever” is crazy good as well as his take on Harry Nilsson’s “The Puppy Song”.

The other Cassidy album, “Cherish” from 1972, was in superb shape inside and out and also sounded quite good. Maybe not as good as the promo copy but very nice.

For fans of The Partridge Family the “Cherish” album sounds almost identical to any Partridge record and really could be included in their work but whatever it’s another gem from the early ’70’s that I was glad to find in such good shape.

It’s just so funny that every out of the way place manages to have a small stash of vinyl these days and sometimes it’s truly amazing the things you might find. I never thought I’d find these two albums but am so glad to add them to my collection.

You can get a glimpse of the albums above and since this is my last day of vacation the thrift stores await. I hope I find something amazing but the last week has been so good that it really doesn’t matter.

Be well and more next time!