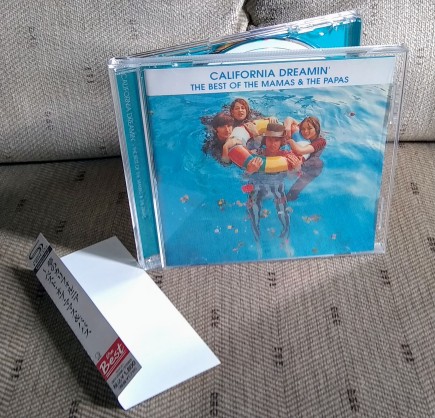 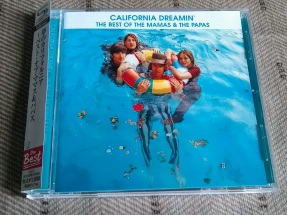 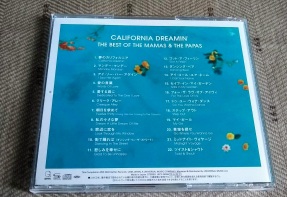 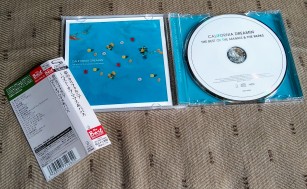 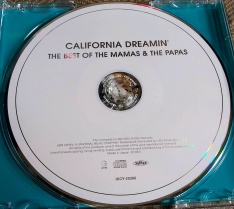 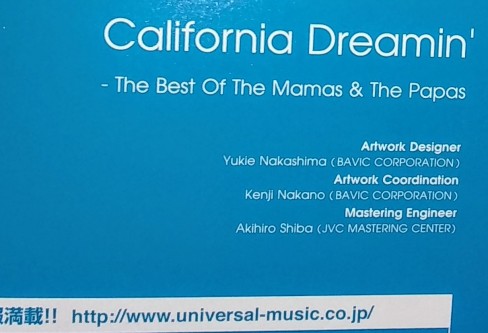 The Mamas and The Papas. Love their music but in the CD age it’s kind of hit or miss to find a decent sounding collection of their recorded work.

By far the best sounding CD of The Mamas and The Papas hits came out early in the CD era around 1986 called “16 of Their Greatest Hits” released on MCA records and mastered by renowned mastering engineer Steve Hoffman.

“16 of Their Greatest Hits” truly sounds about as good as this material will ever sound as supposedly most of The Mamas and Papas original masters and multi-tracks are MIA and what’s left is either third or fourth generation tape dubs.

I read somewhere long ago that Steve Hoffman used some alternate mixes for his CD  which were supplied to him by none other than Mamas and Papas lead songwriter John Phillips. That fact along with Hoffman’s remastering skills makes  “16 of Their Greatest Hits” a great place to find most of The Mamas and Papas biggest hits with quality sound.

The only thing that negative I can say about “16 of Their Greatest Hits” is that there are so many great Mamas and Papas tracks left out that I wish it was a 2 CD set.

Of course there are several other Mamas and Papas collections on CD that have been released over the years but a lot of them are mastered too loud or are too harsh sounding and don’t really bare repeated listening.

“California Dreamin’ – The Best of The Mamas & The Papas”  is a Japanese SHM-CD that came out in 2012 I believe and contains 22 of The Mamas and Papas hits as well as a few lovely deep album cuts.

I had read some good things online about Mamas and Papas SHM-CDs as several of their albums have been release din Japan on SHM-CD but I wasn’t sure that I wanted to splurge on buying them as they are kind of expensive.

I found a listing for the “California Dreamin’ – The Best of The Mamas & The Papas” SHM-CD and since it has all the hits plus some of my favorite Mamas and Papas tracks like “Dancing Bear”, “For the Love of Ivy”, “Step Out” and “Safe in My Garden” I thought it might be a good sampler to see how The Mamas and Papas fared in the SHM-CD format.

This set surprised me in that I wasn’t expecting it to sound quite this good. I thought it might sound bright and harsh and loud but was pleasantly surprised at how clean and lively it sounded while not being overly compressed.

This CD was Mastered in Japan by a gentleman named Akihiro Shiba at the JVC Mastering Center and whatever tapes he used he really did a nice job with the sound of this set.

I’m guessing he used the same tapes that are used to master U.S. CDs but the sound is so clean and crisp that I wonder if there are some better sounding Japanese tapes in existence that he may have had access to as this CD has better bass and separation then I’m used to hearing on Mamas and Papas recordings.

Whatever he did it worked as this CD along with the “16 of Their Greatest Hits” are the two best sounding examples of Mamas and Papas material I’ve found on CD.

(Note: I have been talking about Mamas and Papas CDs featuring stereo mixes of the groups material. There is also a superb sounding 2 CD set containing mono mixes of many of the group’s hits called “The Mamas and the Papas: The Complete Singles—The 50th Anniversary Collection” released by Real Gone Music which is a must have collection to own as The Mamas and Papas are best heard in mono as the mono mixes are better sounding than their stereo counterparts.)

For the curious the “California Dreamin’ – The Best of The Mamas & The Papas” SHM-CD can be found online to purchase and is well worth it if you’re a fan of The Mamas and Papas and want a decent sounding CD with a nice selection of their best material.

As usual you can take a peak above of some photos of the disc and see its contents. I don’t see many references to this particular SHM-CD and wanted to put a spotlight on it as it really does sound better than most Mamas and Papas CDs out there.

That’s all for now and until next time be well and happy early Spring!