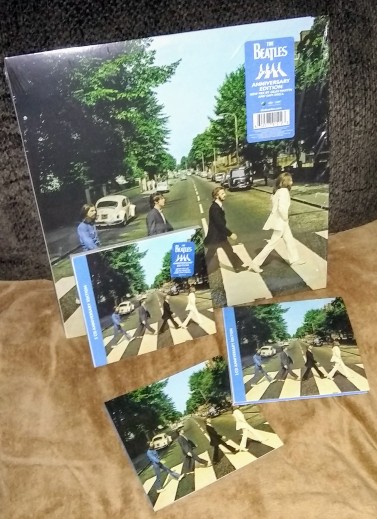 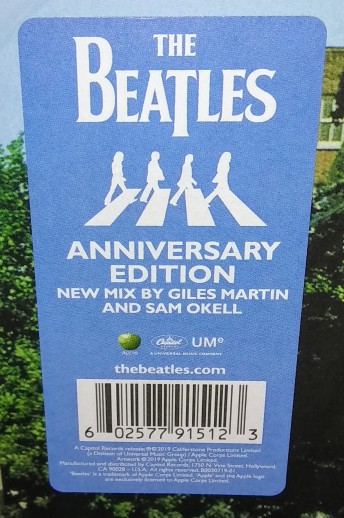 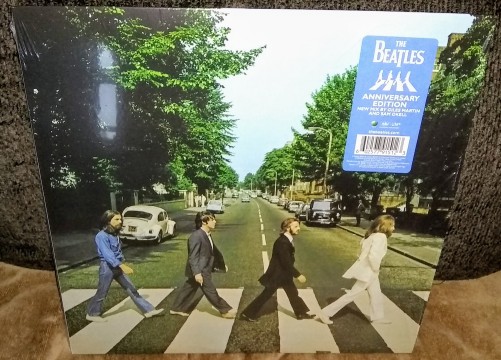 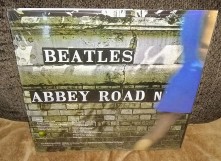 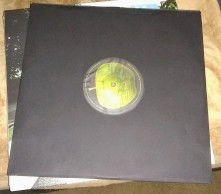 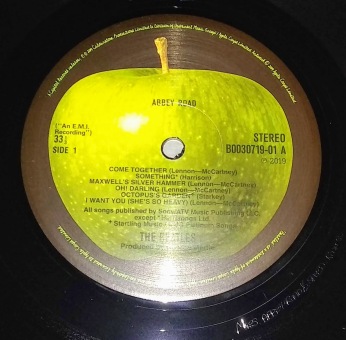 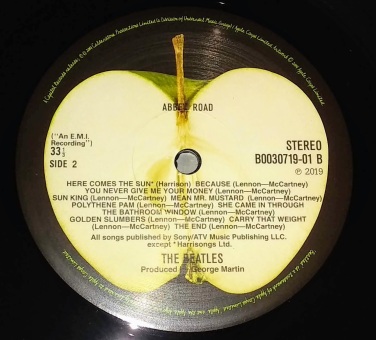 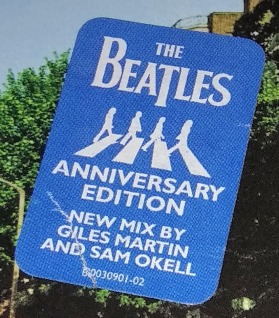 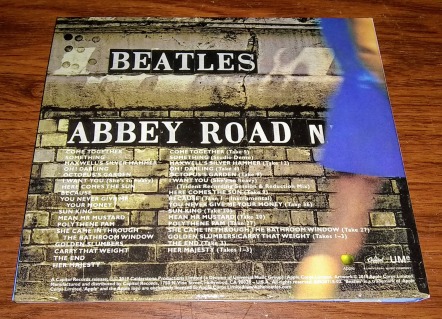 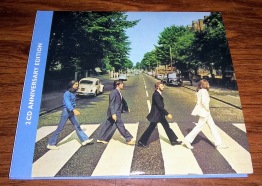 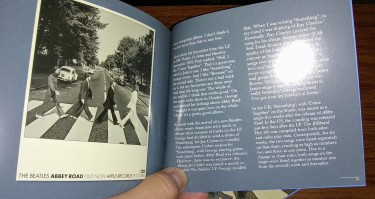 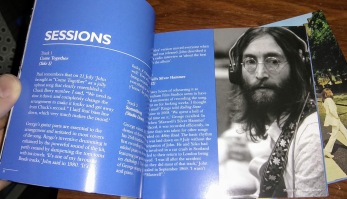 Today is unofficially Beatles Day, at least as far as Beatles fans are concerned, as multiple versions of a new “Abbey Road” Anniversary reissue hit store shelves (and yes streaming services) around the world.

Yesterday I took a look at the king of all the new releases – a Deluxe multi-CD/Blu-Ray set – but since I can never leave well enough alone I thought I’d highlight a couple of the other variations that came out today and happened to make it to my overcrowded (and groaning) book shelves.

As you can see from the photos above, I chose to add the single vinyl version of the album to my collection as well as the nifty 2 CD collection.

If you’ve ever read this blog you know that “collectoritis” is a sickness i suffer from so it’s not that unusual for me to add multiple versions of these reissues to my collection as some of the variations also have variations in sound or edits of the material. I spoke of how much I enjoyed the big box set but these two new variations also offer something for the collector to savor.

For one, the new vinyl version is by far the best sounding version of the new 2019 remix of the album as it isn’t nearly as compressed (ie. loud) as the CD version which allows the listener, especially older listeners, a chance to really enjoy the new remix more without the fatiguing pound of compression that somewhat plagues the CD version.

As I said yesterday the new box set also contains this lovely less compressed version but alas the Blu-Ray disc which contains it has some playback issues (at least on my copy) that mar the listening experience thus one of the vinyl versions is the way to go if you prefer to hear this lovely new remix with more dynamics.

(Note: As I write this I am listening to the new remix on the new 2 CD version at a lower volume and it’s charms are more apparent then they seemed yesterday. I am really starting to enjoy the new things that pop out like the end of “Come Together” with Lennon’s vocal ad-libs not present on the original mix and the great backing vocals on “Oh! Darling”. I doubt the CD in this set is mastered lower than the one in the big set but today I must be paying it lower as it sounds quite good. The vinyl just sounds better.)

The 2 CD set also offers the nice alternate version of the “Abbey Road” album which though the box set also contains these same out-takes they aren’t in the order of the album as on this set thus it’s a really nice listen for those who want to hear the album in a complete alternate form.

I haven’t delved into the 2 CD set yet so while I can’t say if it contains any differences in edits or sound level I wouldn’t be surprised if it did as a similar 2 CD version of the recent “Sgt. Peppers Lonely Hearts Club Band” had different levels in sound with extra dialogue present that wasn’t on the Deluxe box set.

So for all of you out there who are just finding out about this new release or are considering buying/listening to it, here are two more alternatives for you to ponder.

Of course for all the freaks out there like me out there you better close your eyes and open up your wallet (yikes) as there are a  lot of cool alternatives if you decide to add this new version of “Abbey Road” to your collection.

Enjoy the photos above and until next time be well and have a great (Beatles) weekend!