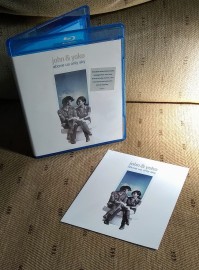 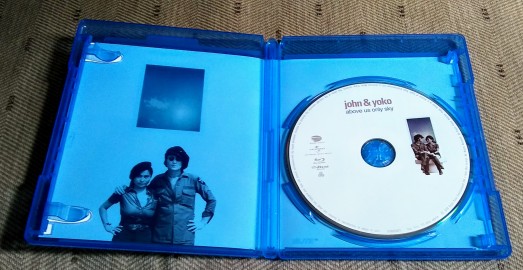 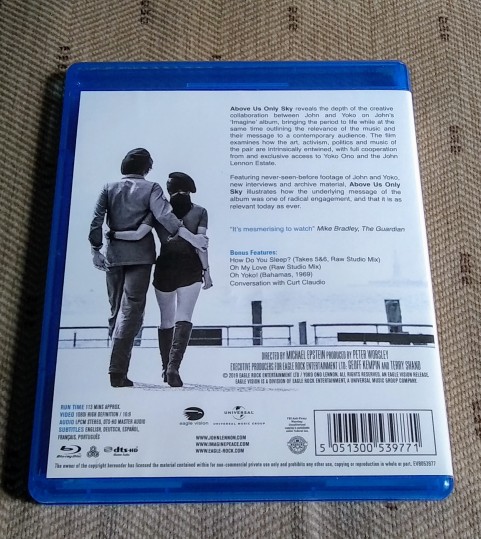 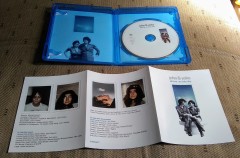 I must say this has been an interesting (and expensive!) year for Beatles and solo Beatles fans and collectors alike.

Not only did we get great archive releases from Paul McCartney last Fall (“Wild Life” deluxe box set, “Red Rose Speedway” deluxe box set) there was also a sweet multi-disc set from The Beatles (50th anniversary of the “White Album”) released last November and coming next week is a 50th anniversary multi-disc set of The Beatles swan song album “Abbey Road” which is sure to be a high point in this year of major Beatles booty.

Not to be outdone, the Lennon camp has also jumped into the fray and issued a superb box set themselves also last October entitled “Imagine -The Ultimate Collection”.

This truly wonderful collection features 4 CDs plus 2 Blu-Ray discs containing new stereo and 5.1 remixes of the entire album as well as out-takes and alternates from Lennon’s “Imagine” album sessions. It’s basically an in-depth audio study of  how the “Imagine”  album was made and contains a treasure trove of unreleased and interesting audio glimpses into Lennon’s recording process.

Released at the same time last Fall was a DVD/Blu-Ray disc containing two documentaries about those same sessions called “Imagine/Gimme Some Truth”.

Fast forward to this past September 13 and the release of a new documentary entitled “John & Yoko: Above Us Only Sky” which is available on both DVD and Blu-Ray.

This enticing documentary also about about the recording of the “Imagine” album was originally broadcast on television in November 2018 and has now finally made its way to home video. I didn’t have a chance to see the film last fall so I was curious to see how it stacked up to the other two films about “Imagine” which I do own and love.

First off, this new documentary has new unseen footage throughout from the “Imagine” sessions which alone makes it a must see for Lennon fans. Of course seeing Lennon and fellow ex- Beatle George Harrison work closely in the studio never gets old – at least for me anyway.

After watching the film what sold me on “John & Yoko: Above Us Only Sky” the most were the fascinating new interviews it contains which made the first half of this film a really fun presentation.

Lennon’s oldest son Julian Lennon in particular comes across as really grounded and insightful but the interviews with people I’d never heard speak about these sessions before including photographer David Bailey and personal assistant Dan Richter were also really interesting and gave a much richer insight into Lennon and Ono at the time these sessions occurred.

I may be experiencing a bit of “Imagine” burn-out from having lived with these sessions a lot in the past year as I really enjoyed the first half of the film enormously but towards the end I ended up wishing for more studio footage and less talking heads.

I think the film makes a good point about Ono’s involvement in the writing and recording of the album but at times in the second half of the film it seemed a little bit heavy handed in Ono’s direction but enjoyable nonetheless.

Luckily the bonus features on this disc which include “How Do You Sleep? (Takes 5 &6 Raw Studio Mix)”, “Oh My Love (Raw Studio Mix)” and “Oh, Yoko! (Bahamas, 1969)” bring more music back into the mix again which brings this disc back up a notch. These raw studio mixes contained here (along with the session footage) are terrific and sound and look amazing.

While “John & Yoko: Above Us Only Sky” may not be a must see it’s certainly entertaining and well worth seeking out if you want some insight into Lennon’s frame of mind as he works in the recording studio post-Beatles.

All in all it’s a quite good film and if your a Lennon fan you may want to buy it but if you already own the “Imagine/Gimme Some Truth” docs from last year this may be something you’d want to track down somewhere online vs buying it to own.

As usual above I’ve posted some photos of the blu-ray disc I got last week so folks can see what they’d get if they decide to purchase the disc.

I’m so glad The Beatles as a group and solo are now finally opening up their vaults but I can feel the groan from my wallet ever time I see a new release in the pipeline.

Fortunately they’ve all been worth it up until now. Next up “Abbey Road”!!!

Until next time … get yourself some truth and be well.