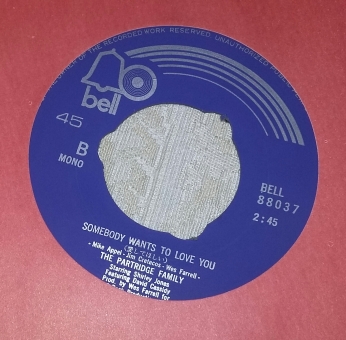 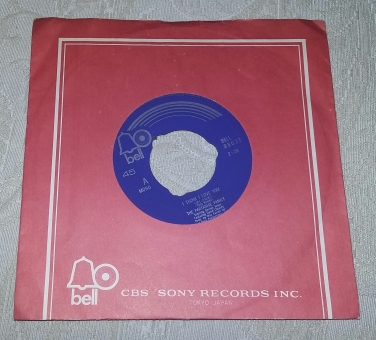 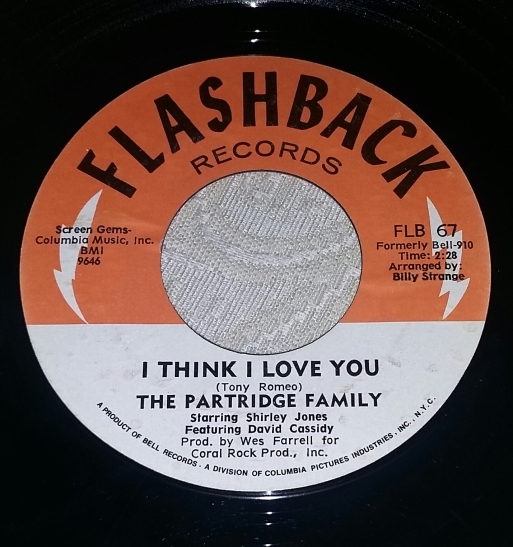 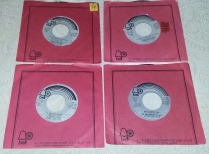 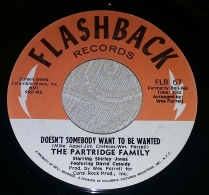 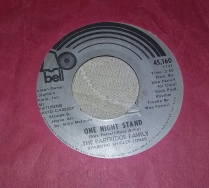 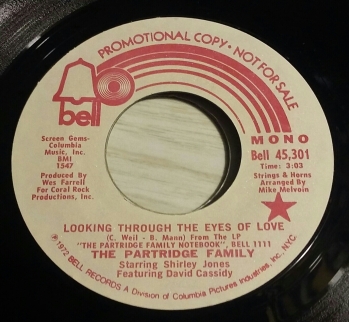 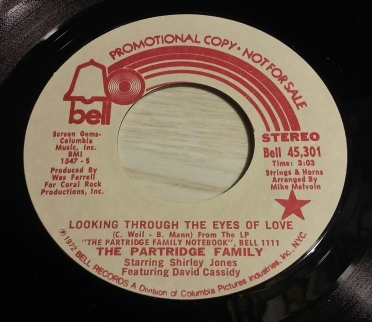 Memory is a funny thing.

I remember a lot of things about the early to mid 1970’s for example.

For one thing, I had quite a lot of 45’s. And I remember playing those 45’s over and over – to death on occasion in fact.

I also remember owning many vinyl 45’s by The Partridge Family. I’m not sure why as I owned their albums as well but I had most of them that were released except the last couple or so that came out toward the end of the series run.

In fact, until recently I thought the 45 versions of The Partridge Family singles were just the common stereo versions that were also found on the albums which were released at the same time – not true it seems.

A few weeks ago I stumbled upon my stash of old 45’s and lo and behold among them were my pile of Partridge 45’s – all in pretty decent shape all things considered.

One of the things that motivated me to find them was the discovery of a YouTube video of someone playing their 45 of “I Think I Love You” and it sounded nice and punchy. I was surprised to find that that single, as well as most of The Partridge Family 45’s, actually played in mono!

I knew there were mono promo copies, see above, but didn’t think the regular stock copies were mono – thus the hunt was on for my old 45’s.

Bell Records, The Partridge Family’s label, didn’t press high quality 45’s it seems as most of them had some sort of slight distortion in places even though they looked okay. Of course I could have damaged the 45’s all those years ago but I was surprised to find that the Bell 45’s were very hit or miss in quality.

With a little work cleaning both physically and through Audacity software the 45’s actually turned into a nice CD I called “The Partridge Family 45 Collection”.

Why you may ask? Well, lol why not?

Even though I doubt these mono 45 mixes are truly unique mono mixes, they’re most likely mono mix downs from the stereo versions, they do sound different to the Lps versions and have more pop and sizzle, more bass and clearer vocals from David Cassidy.

There are some slight differences like “It’s One of Those Nights (Yes Love)” seems to have more echo than it’s stereo cousin but that could just be the effect of the mix down from stereo.

Nonetheless these 45’s sound pretty good and there’s even a bonus David Cassidy B-Side I forgot about called “All I Wanna Do (Is Touch You)” which you could really call a Partridge Family out-take as it’s the same writers, producers and sound as the group.

In fact Cassidy’s first solo album “Cherish” might as well just be called a Partridge Family album as it’s so similar to the Partridge albums. It wasn’t until Cassidy’s solo work from 1972 onward where he adopted a harder sound that his music changed from the lusher pop of the Family records.

Anyway, here’s the the list of 45’s that I used to make my collection.

(All stock copies unless noted):

“Breaking Up Is Hard to Do” b/w “I’m Here, You’re Here” (I own it but unfortunately both sides sounded horrible so I didn’t record it!)

*”Looking Through the Eyes of Love” – Promo DJ copy, stereo on one side mono on the other

“Could It Be Forever” b/w “Blind Hope”

As you can see from the photos above I also have a Japanese 45 of “I Think I Love You” that while it says mono on the label actually plays in stereo and a Flashback reissue of “I Think I Love You” b/w “Doesn’t Somebody Want to Be Wanted” that sounded much better than the original Bell 45’s and was still mono so I used that one instead for those songs.

I’m glad I found these 45’s and really love the sound of the CD I made. too bad there’s not a snowball’s chance in **** these will ever see the light of day on legitimate release but at least the Partridge Family singles are fairly easy to track down. Playable? That’s another story.

If you were around in the 1970’s and have some of these 45’s dig them out. They sound great (if they’re in good shape!) and there’s just something about the genuine 45 sound of these songs that feels right when you play them.

Until next time, be well and Come On, Get Happy!