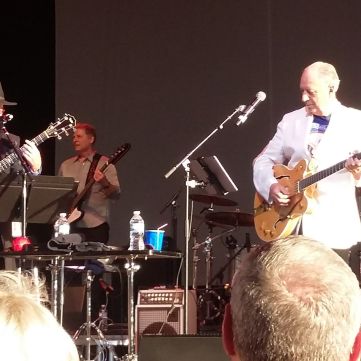 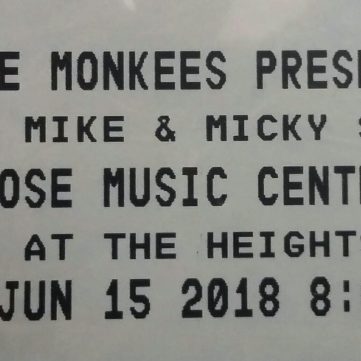 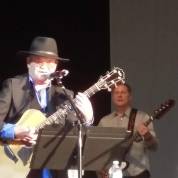 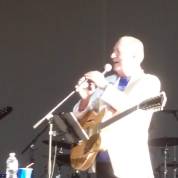 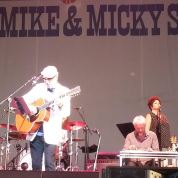 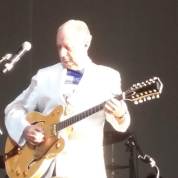 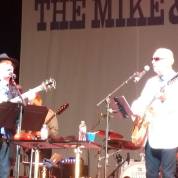 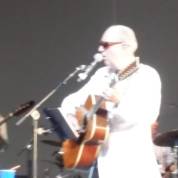 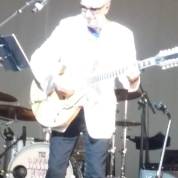 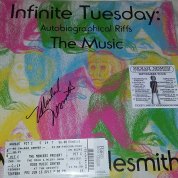 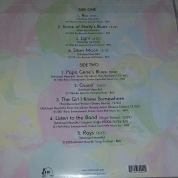 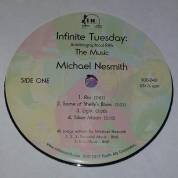 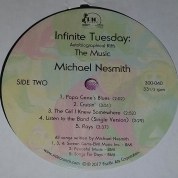 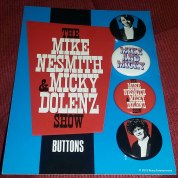 Last night I saw “The Monkees Present The Mike (Nesmith) and Micky (Dolenz) Show” in Huber Heights, OH at the Rose Music Center and I’ll be damned if it wasn’t one of the best shows I’ve seen in ages.

Now I must confess I’m a huge Monkees fan (no surprise to readers of this blog!). I’ve seen various lineups of the group over the years stretching from 1986 to 2016 and this show my friends sits comfortably not only in my top three Monkees shows but in my top three live shows ever.

When it was announced earlier in the year that Mike and Micky would be doing a joint tour together I was excited. When they said they were going to perform some never played live Monkees deep cuts I was overjoyed.

I was expecting a good show but was surprised at how awesome the backing band was, one of the best I’ve ever heard at a Monkees show, and how well the music flowed and sounded.

You see this is the fourth time I’ve seen Mike Nesmith perform in a Monkees show and what I really enjoy about his participation is that he seems to steer The Monkees train (as Dolenz often describes the Monkees phenomena) toward more of a celebration of the musical side of The Monkees.

That may seem like a weird statement but when Davy Jones was at the helm (and don’t get me wrong, I loved his shows as well) there was more of an emphasis on the madcap TV Monkees with the music along for the ride.

Nesmith’s presence seems to tame the antics and bring more focus toward The Monkees catalog of great songs and last night’s show was just that; it was all about the music – no videos, no shtick and frankly very little talking or story telling at all from either Dolenz or Nesmith.

For the past ten years or so Monkees live performances have featured large video screens with ample clips from their TV show as well as their movie “HEAD” along with a heavy nod to the TV personas they created all those years ago.

Don’t get me wrong, there was a looseness and humor to the show last night  – Nesmith was his usual dry-humored self – but it was very subtle. The humor sprung from Dolenz’ and Nesmith’s own personas not that of the Micky or Mike characters from The Monkees TV show.

Nesmith in particular riffed humorously in various ways about the heat (it was pretty muggy last night) most notably joking several times that it was nice to be back in Australia.

At one point Nesmith also took out a pair of sunglasses (see above) and proceeded to wear them for a few songs because of the strong sunlight that was hitting the stage which quickly brought to mind the the lyric “sound of the sunset” from “Auntie’s Municipal Court.”

Dolenz, in great voice as usual, was surprisingly quiet with very little to say other than to sing his guts out, which he did admirably.

I must say both Dolenz and Nesmith sounded great but you could certainly see that Nesmith was a bit rusty at times (he sang the lyrics as he read them from his Ipad) and wasn’t the well-oiled stage performer that Dolenz has become over the years.

Nevertheless Nesmith sang more passionately then I’ve ever heard him in the four shows I’ve seen him perform and was dead on for the majority his vocal work throughout the show.

It was nice to see his son Christian, who plays guitar in the band, help his dad adjust his Ipad when it got stuck during one point in the performance and watch him just generally support his father throughout the night by giving cues to the band for the elder Nesmith or smile as his he nailed a particularly good vocal.

It was also fun to see Mike Nesmith make fun of himself and just be so loose and relaxed and come across as genuinely happy to be there and touched by the love and affection from the audience which nearly filled the place which was great to see as well.

The standout performances for me last night included “Good Clean Fun” (a track from the “Present” album from 1969), “Me and Magdalena” (a superb performance!) and “Birth of An Accidental Hipster” both from The Monkees 2016 album “Good Times”, “The Door into Summer”, “St. Matthew” (an obscure but lovely choice), “Take a Giant Step” (in the original 45 arrangement) and “I’ll Spend My Life with You” (from my favorite Monkees album “Headquarters”).

But the true highlight of last night, and frankly of all The Monkees shows I’ve ever seen, was the stellar performance of “Auntie’s Municipal Court”, a psychedelic deep cut from The Monkees fifth album “The  Birds, The Bees & The Monkees” that I’ve longed to hear in concert for over thirty years and finally got to hear and boy did it not disappoint!

So there you have it, a great show, a great venue (there was a free barbecue included in the ticket price which was a nice and tasty touch) and great weather despite the sometimes muggy heat.

Above I’ve posted a few photos from last night’s show as well as a groovy signed vinyl copy of Mike Nesmith’s album “Infinite Tuesday: Autobiographical Riffs The Music” and a button set both from the merchandise table.

I couldn’t resist the signed album as I’d actually use it vs my normal shirt or clothing purchase which would probably just sit in a drawer. I would have bought a program but they had sold out by the time I made my way through the long line for merchandise!

All in all, a great night of music and if this is the last time I see a Monkees performance (hopefully not but you never know) it was truly a spectacular way to celebrate their legacy and end on a major high note.

Anyway, enjoy the photos and until next time be well and hey, hey … it’s summer!!!