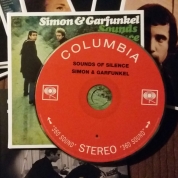 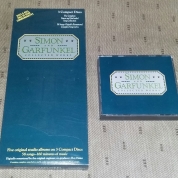 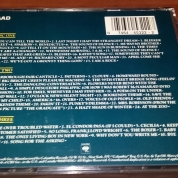 I remember the first time I really delved into Simon and Garfunkel’s catalog was in 1985 when I was vacationing at my oldest brother’s home in Salinas, CA.

I stumbled across his copy of Simon and Garfunkel’s “Bookends” album and I was hooked. I sat for a few restful afternoons that vacation spinning my brother’s copy of that album as I waited from him to get home from work.

I recall hearing the haunting melodies from the “Bookends” album drifting through my mind that entire trip especially as I gazed at the numerous lighthouses that dotted the coast line near Monterey, CA which is near Salinas.

From then on I developed a huge love for Simon and Garfunkel’s music and began to seek out their albums.

My first Simon and Garfunkel purchase was the 1981 vinyl box set entitled “Collected Works” in a reddish cover that contained the following albums: “Wednesday Morning, 3 A.M.”, “Sounds of Silence”, “Parsley, Sage, Rosemary and Thyme”, “Bookends” and “Bridge Over Troubled Water”.

As I remember that vinyl set sounded pretty good and I loved discovering all the terrific songs on the set. I had a particular fondness for “Bookends” and “Parsley, Sage, Rosemary and Thyme” but I grew to love them all.

Somewhere along the line I got rid of that vinyl set but purchased the CD version that came out in 1990 (see photos) which I still own to this day.

The 1990 CD set had decent sound but was marred buy the fact that the masters for the early Simon and Garfunkel albums had been worn down and couldn’t be used.

Columbia Records who released Simon and Garfunkel’s music had a habit of using their master recordings over and over to press records instead of making dubs which wore down the best sources for the albums.

The 1990 set used the best sources possible but a couple of the albums were distorted and muddy and not nearly as good sounding as original vinyl pressings from the 1960’s.

These two superb collections sound great! Columbia used a couple of masters they had sent to Japan (which were very near the quality of the original masters) for some of the earlier albums so every album on this set sounds superb!

The vinyl set just contains the studio albums released on the Columbia Records plus the Greatest Hits while the CD version contains ALL of Simon and Garfunkel’s album releases including several live albums as well as “The Graduate” soundtrack.

Both sets sound terrific but the CD set is the best value with more bang for your buck as it’s cheaper than the vinyl set and contains much more content.

I will say however that the vinyl set sounds darn close to 1960’s pressings and probably has quieter vinyl so if you’re just interested in Simon and Garfunkel’s main studio albums then this set may be the way to go.

Both sets are carefully mastered and I doubt these albums will ever sound better.

As usual I have posted several pictures above featuring everything I spoke about in this blog post.

If you’ve never listened to Simon and Garfunkel’s work, you  need to check some of these albums out – they’re some of the best popular music of the last 60 years for sure!