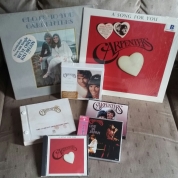 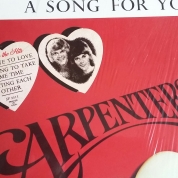 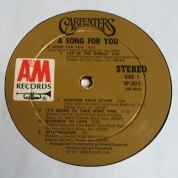 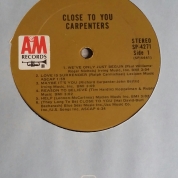 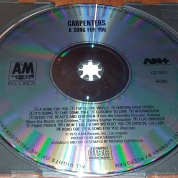 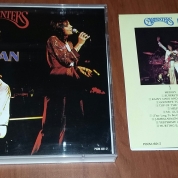 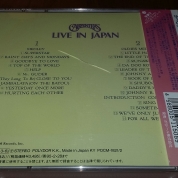 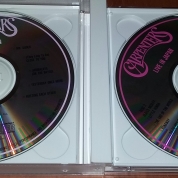 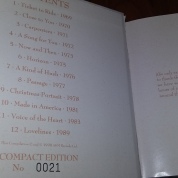 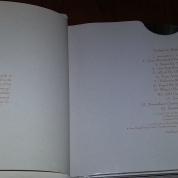 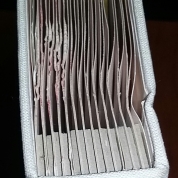 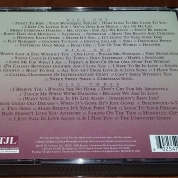 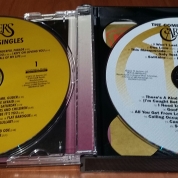 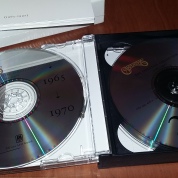 Has it really been 35 years since Karen Carpenter passed away?

On February 4, 1983, when Karen Carpenter died I remember grabbing a copy of their “Yesterday Once More” 2 Lp set from the UK and playing it several times in sadness that day.

I was a junior in high school and The Carpenters were pretty much seen as white-bread and dated music and very uncool. Of course that didn’t deter me one bit, I’ve pretty much liked what I liked other people be damned and that included loving The Carpenters!

Actually, one of my first musical memories involved The Carpenters.

When I was six years old (1972) I used to play the 45 of The Carpenters’ hit song “Hurting Each Other” over and over on a small children’s style portable record player my family owned just staring at the picture sleeve as the record played.

(Note: I spent a lot of time as a child listening to records in case you hadn’t noticed!)

Seems funny now for a six year old to love that song but something about her voice and that song attracted me even at that young age. I think I’ve always related to melancholy music so naturally I became a fan of The Carpenters and Karen Carpenter’s voice especially.

There’s just something unique and smooth as silk about Karen Carpenter’s delivery. She communicated sadness and vulnerability with each and every breath. Now of course we know why (the story of her battle with anorexia is now well known).

It’s hard to believe she was just in her twenties when she recorded the bulk of The Carpenter’s classic hits.

And what classic hits they are: “Rainy Days and Mondays”, “We’ve Only Just Begun”, “(They Long to Be) Close to You”, “Yesterday Once More”, “Goodbye to Love” and “Sing” just to name a few.

The Carpenter’s original vinyl albums are fairly easy to find in used bins here in the States and for little money so luckily if you’re a new fan you can track down their music pretty effortlessly.

This past year or two for example I’ve found minty vinyl copies of “Close to You” and “A Song for You” both still in their shrink wrap with their very attractive (to me anyway) hype stickers still on them.

There are also a couple of nifty Carpenters CD sets I own that are highlighted on this blog post which are also somewhat difficult to locate nowadays.

The first one is the Japanese 2 CD set called “Live in Japan” (appropriately enough). It was only made for the Japanese market as Richard Carpenter apparently isn’t a fan of live Carpenters recordings thus no complete concert CDs are available in the states.

It s a lovely concert and Karen and Richard were slavish about recreating their studio recordings live so it sounds really nice. It may be a tad bit less spontaneous sounding then one would hope from a live concert but a very nice listen nonetheless.

There are also three other interesting box sets highlighted here and two of the are on the rare side and expensive side as well.

The first one is a PBS exclusive 3 CD set entitled “The Carpenters – The Complete Singles”. This set collects all the 45 single mixes The Carpenters released over the years and is the only official set (beyond an expensive Japanese CD single box set) that contains the true 45 mixes and edits of their music.

The rub is that it’s only available to be purchased by making a donation to PBS stations around the U.S. during their frequent pledge drives and is quite expensive as you have to donate usually around $125 to get the set. I’m a PBS supporter anyway so this was a no-brainer for me but it is expensive though a quite lovely sounding set.

The second rare set is a complete collection of all The Carpenters albums that was released in the UK in 1990 called “The Carpenters Compact Disc Collection”. It has 12 CDs and contains all their studio albums plus the “Lovelines” collection from 1989.

I own the smaller version that fits in your hand. I guess there was a larger format one available as well.

(Note 2: I also read that supposedly the CD of “A Song for You” in this set is a clone of the MFSL CD – for the collectors out there)

It’s a terrific set and has a much nicer track selection that the first Carpenters box set he released called “From the Top”. Unfortunately “The Essential Collection (1967-1997) is now out of print and is on the expensive side but its a great sounding collection and can probably be found fairly easily.

The last CD featured in this post is the West Germany early pressing of The Carpenter’s “A Song for You” album. This early pressing CD version contains the original mixes (like on the vinyl version) which were later substituted for remixes on later releases of this album on CD.

So, there you have a brief glimpse into some Carpenters goodies that I own on the eve of the 35th anniversary of Karen Carpenter’s death.

I hope Karen and Richard’s music will live on for years to come and that 35 years from now she will still be celebrated as the vocal treasure she was in life.

Until my next blog, be well and have a happy February (hopefully with little snow and cold!)