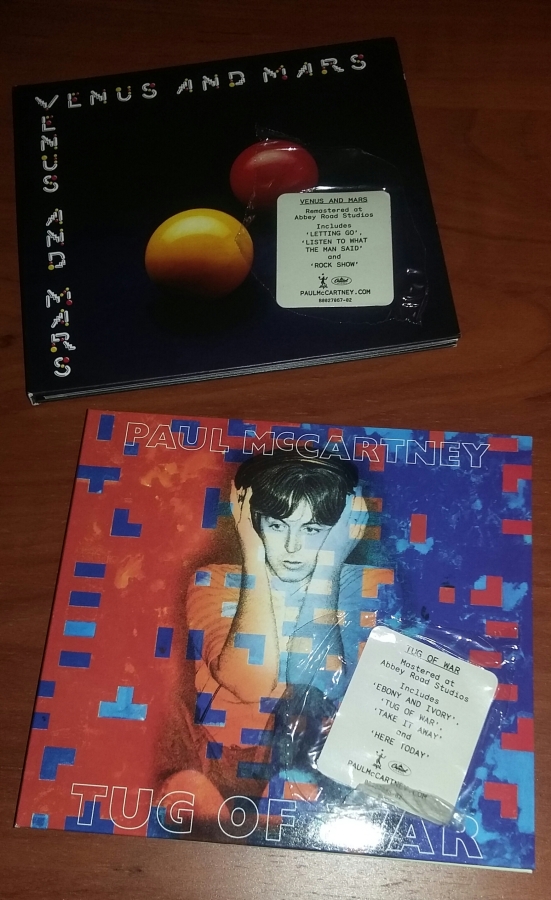 Well, it’s the week for turkeys and appropriately enough I’m a turkey for CDs. Well, at least collecting them.

As anyone who has read this blog will know, I tend to take the irrational road on occasion for my love of the physical medium and also on occasion I buy a reissue of my favorite album or albums knowing full well that:

A) I need this CD like a hole in the head

B) It’s not even a new mastering just different packaging

C) All of the above and more

(Note: This blog post tonight is mainly for the hardcore McCartneyits out there who might enjoy seeing how these new Capitol Records version look and see inside them a bit. Trust me I know it’s a bit much but then that’s collecting!)

Below are two of new reissues of Paul McCartney albums that are a part of his Archive Collection: Venus and Mars and Tug of War

Eight titles in the Archive Collection were re-released last Friday in the following formats: regular vinyl, colored vinyl and CD.

Are you still with me?

These eight titles are being reissued because Paul McCartney just recently went back to Capitol Records his home for the majority of his career. They were previously issued on the Concord label in 2 CD versions with bonus tracks but these new issues are just the regular albums that folks know and love.

There is no difference in the mastering from the Concord releases but the albums have reverted back to the artwork that they were originally issued with when they first came out.

The Concord releases of these albums had a white bar added to the left hand side of the cover which obscured some of the artwork much to the chagrin of McCartney fans. These new issues show the entire artwork and look fantastic and sound great as well – the remastering and remixing of these two albums is really nice!

Those who have never owned the Concord versions and are just looking to have these albums without bonus tracks are in for a real treat. Anyone who does own the Concord issues will most likely punt on these unless like me you are just this side of “seriously dude?”

Anyway, soon I will spotlight the colored vinyl versions but here’s a taste of two of the new CD reissues. Since this is most likely the last versions of these albums to be released on CD I couldn’t resist adding them to my collection.

So check them out (above and below) and take it away! (I know, lame but the thought was there!) 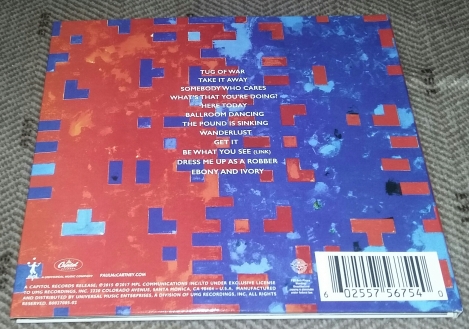 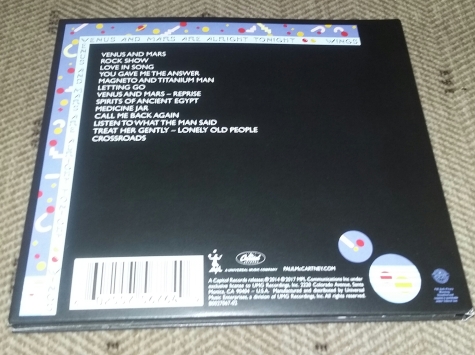