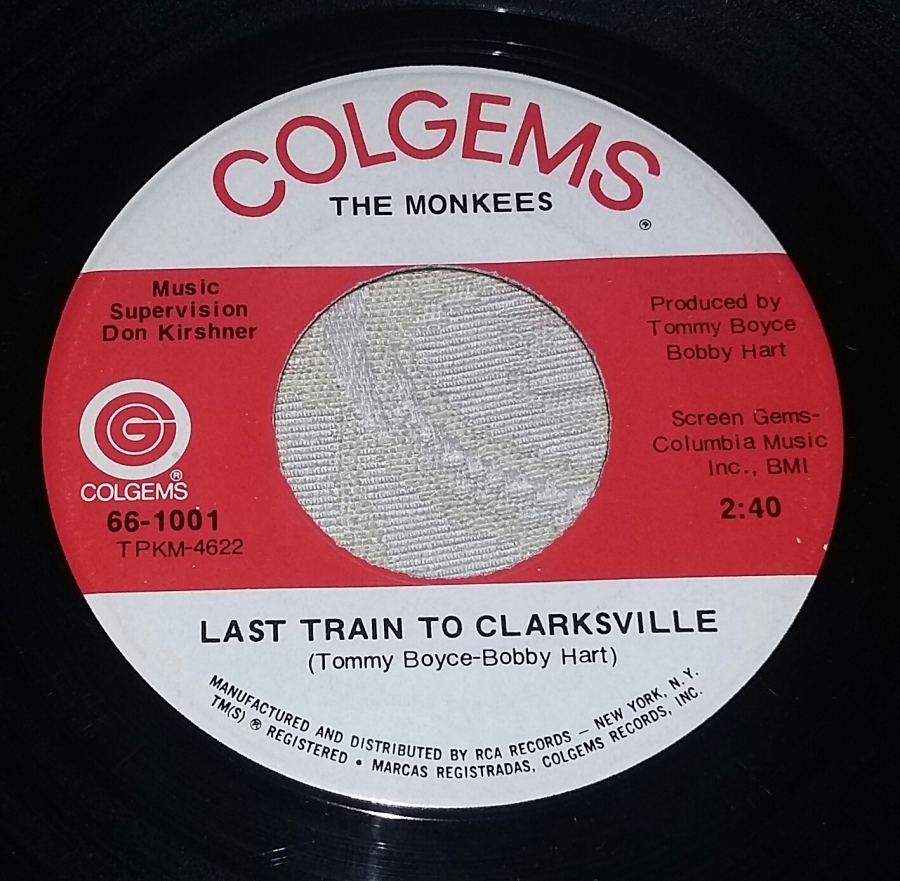 My memory is a little bit fuzzy to the exact timeline but the one thing  I do remember clearly is the record store where all this took place – Smoky’s Record store.

You see back in those days there was this little hole in the wall record store in the city where I lived called Smoky’s Records. It was full of hundreds of 45’s of practically every hit song from the 1950s to the present day and its musty floor was filled to the brim with records of all shapes and types stacked everywhere.

The store must have been there since the 1950’s and every corner of it seemed to reek of the distant past. The walls were also lined with various odd instruments and advertising that was carefully overseen by the burly Southern owner – Smoky Montgomery.

Now Smoky had the personality of an car salesman and would have been right at home on the streets of Tijuana, Mexico.

He loved to bargain and follow you around the store to see if you wanted to buy anything. His slow drawl and thick southern accent where always touting something you needed to buy.

My oldest brother loved to go to Smoky’s Records and buy 45’s and sometimes my mother would take the both of us and I would manage to grab some of those old groovy 45’s myself.

Now let me also say that this was back in the time that Monkees records were out of print and hard to find. And of course I had abused most of my Monkees records by playing them to death and was always on the hunt for new copies and most of the time came up short.

The original Colgems pressings of Monkees albums and 45’s went out of print around 1971 so by this time it was pretty hard to find anything but the Flashback 45’s which were in print at that time I believe and available at say Musicland. (Of course we had a Musicland in our local mall but it was sorely lacking the cool atmosphere of Smoky’s and his fun record treasure hunts!)

As usual it was Smoky to the rescue as he had a huge inventory of 45’s and had a lot of old store stock that still lined the bins of his 45 inventory.

Now I remember being really excited to see these 45’s and equally perplexed by the look of the Colgems label.

I was used to my oldest brothers beat up 45 of “I’m a Believer” with the classic Colgems label but these Colgems 45’s had the later day Colgems logo with the red and white label but no Columbia and Screen Gems logos only the newer Colgems logo in their place.

I managed to talk my mother into buying them for me but for years I was sort of disappointed as they didn’t look like originals and I wanted to find ones with the original Colgems label.

Well I’ve come to find out that these 45’s were the last Colgems versions of these 45’s and are much rarer than the original copies. Now I’m really glad that I have them and in such great shape to boot.

These later day 45’s must have come out in 1970 or 71 (some say 1969) and corresponded to the later reissues of the first two Monkees albums with the newer Colgems logo on the rear of their jackets (more on those in a future post).

Anyway, I thought I’d spotlight those three 45’s that I bought that long ago day and post a few pictures of the labels and the Clarksville picture sleeve.

And since old Smoky has long since passed away it’s with a great fondness that I think of him and his boisterous character whenever I take these 45’s out and give them a spin on the turntable.

Take a look above and below at these most groovy later day Colgems 45 pressings.