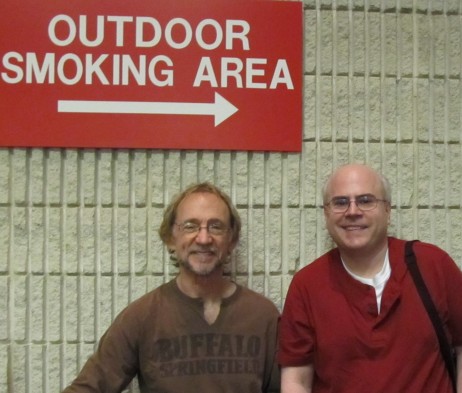 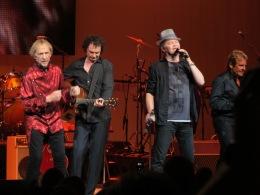 On the eve of such a melancholy day I thought I would share one more post about Peter Tork and show some fun and joyous photos I took of him over the years.

Above are a few photos I  shot at Monkees concerts in 2011 (at the Star Plaza Theatre in Merrillville, IN where I met and took a photo with Peter) and 2013 (San Diego, CA). And below from the way back machine of November 1986 (Fort Wayne Memorial  Coliseum).

As you can see Monkees concerts were definitely joyous occasions. I’ve seen the group 17, yes 17!, times between 1986 and 2018. I know, I know it seems like a lot but every one of those concerts were filled with great music and performances and each one also contained a large sampling of Peter Tork’s humor as well as musicianship.

I didn’t have a camera with me the very first time I met Peter Tork which happened in November 1986 at a local Marriott hotel right after The Monkees sold-out performance here in Fort Wayne.

I knew where the group was staying, I had seen their tour buses lined up earlier in the day in front of the Marriott which was just down the road from where I lived, and decided to get to meet as many Monkees that day as possible.

As luck would have it I met both Micky Dolenz and Peter Tork – I missed out on Davy Jones as I never ran into him at the hotel.

It’s funny the things that stick in your mind all these years later. I remember both Micky and Peter being very gracious but when I ran into Micky earlier in the day he was just getting off his tour bus with his family and didn’t want to chit chat.

Micky signed my copy of “The Monkees” album (see below) and I remember asking where Davy and Peter were and him saying that it wasn’t his day to watch them and walking off. I learned later that that was one of his standard lines but I was still thrilled to meet him nonetheless. 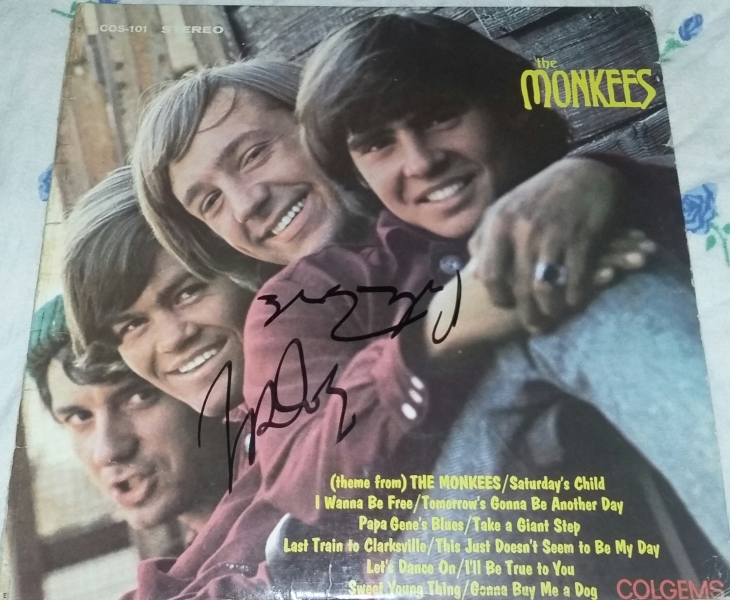 Peter Tork on the other hand was in an upbeat and talkative mood and I happened to catch him, and his girlfriend at the time, after the concert as they were going off to eat dinner at a local Japanese restaurant just down the road.

Peter was very friendly and approachable and asked how I liked the show. I was surprised at how completely down to earth he was and how he made me and the two other fans in the hall feel like contemporaries and even asked if the food was good at the Japanese restaurant.

The only request he made was that if any photos were taken to please not use flash as his eyes were sensitive to flash close up. I didn’t have a camera and just asked him for an autograph and he was more than happy to sign my album and noticed I had Micky’s signature as well.

I also remember feeling great as I walked away while noticing another group of fans run up to him. One fan, a tall obnoxious guy, then proceeded to use a flash camera several times even though Tork pleaded with him to stop.

Peter then angrily walked away, which I don’t blame him as the guy with the flash was a royal jerk, and off he went into the night.

I thought of that encounter today and of meeting Peter again over twenty years later in 2011 this time after having interviewed him on the phone a few weeks prior for a newspaper article I wrote for my local paper.

Just a few more random thoughts about Peter Tork as they filter through my mind tonight.

Well,  I hope Mr. Tork is peacefully off into the night wind once again this evening. I treasure those memories of meeting and talking with him and just wanted to say one final goodbye. I also may just pop in a Monkees episode in his honor as I say good night.

With that I bid adieu.

Good night Peter, it was nice knowing you …