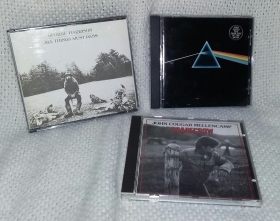 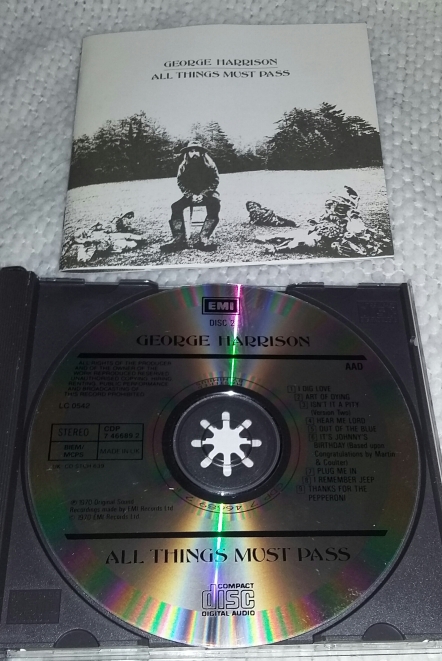 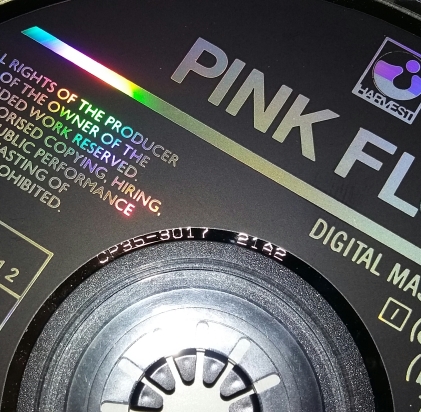 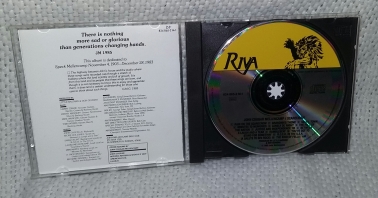 Hello from the frozen tundras of the Midwest!

Hopefully anyone reading this is safe and warm and nor out in the nasty, nasty cold that’ gripping most of the county.

Today I decided as a distraction I’d take a dip back in time to some early CD releases of three of my favorite albums – “All  Things Must Pass” by George Harrison, “Dark Side of the Moon” by Pink Floyd and “Scarecrow” by John Cougar Mellencamp.

(Note: This is the first of several blog posts where I’ll take a look at early CD issues of some of my favorite albums and highlight the sound and what to look for if you want to find these discs.)

All three of these CDs were issued between 1984 and 1987 and feature nice warm sound and are somewhat sought after by music collectors who want to hear these albums in the best (of course this is debatable) sound of the CD age.

At least these CD issues are easier on the ears then some of their later CD issues and while not all agree on the sound I personally think all three sound really nice and while not perfect are some of the best version of these albums released on CD.

Let’s begin with one of my favorite releases by any of the ex-Beatles, the triple vinyl LP masterpiece by George Harrison originally first released in 1970.

In a much earlier post I highlighted what most people feel is the best representation of this album on CD – the first Japanese issue which was also released in 1987 when this CD came out in the UK.

This first UK CD issue shares practically the same mastering as the first Japanese issue and features some of the same quirks – volume differences between songs especially the very low volume of the title track “All Things Must Pass”.

AS I understand it both this first UK issue and the first Japanese issue were not treated to the no-noise noise reduction process that plagued later CD issues of this album thus both, while certainly not perfect by any means,  are preferred by many as when they get it right, which is most of the album, the sound is very nice.

There were several complaints about the sound of the first CD issues of this album so much that the CD was quickly deleted, treated with the no-noise process and then reissued thus this early UK CD version (as well as the Japanese) are harder to find nowadays and very collectible.

You can tell a first UK CD issue by the three dots in a triangle (see photos above)  near the CD matrix number CDP 7 46689 2.

Another one of my favorite albums from the 1970’s, from 1973 to be exact, is the mega-selling classic by Pink Floyd called “Dark Side of the Moon.”

While I’ve never actually heard a bad CD version of this album on CD, I and many other people, feel this early CD mastering od this album is the best sounding version ever released on CD.

The “holy grail” CD version of this CD, and the one that commands the most desirability and cash, is the first Japanese issue this of this album which came out in 1983.

While I don’t own that version fortunately this first U.S, CD issue shares that same mastering and is much easier to find and sounds just as sweet.

Though this CD was supposedly mastered from a Japanese copy of the master tape it still retains a warmness and punch that very pleasing and sounds just great.

If you’re looking to find this particular CD version make sure to look out for the Harvest logo on the cover and disc as well as the “Made in Japan” wording on the back cover and disc and the catalog number on the discs inner circle – CP35-3017 – followed by, as on the case of my CD – 21A2 or numbers like it.

The key is the CP35-3017 number as that’s the same number as the first Japanese issue. There is another pressing of this disc that adds TO to the number which is supposedly not quite as nice sounding but I don’t own that version so I can’t say but I’d imagine it would sound very close to this CD and would be a nice find.

“Scarecrow” (first U.S. CD pressing with Made in West Germany on the disc and cover)

Now we jump into the 1980’s with the 1985 release by John Cougar Mellencamp titled simply “Scarecrow”.

This is the album that made me stand up and take notice of Mellencamp as it’s filled with classic songs like the haunting opening track “Rain on the Scarecrow”, the wistful “Minutes to Memories” and the heartfelt and fragile “Between and Laugh and a Tear” sung with Rickie Lee Jones.

This first CD pressing, like many early CD pressings that were made in West Germany, is very similar to the vinyl issue and is warm, not in your face and sounds much much nicer than later CD reissues of this album, barring the superb MFSL gold CD pressing, which jack up the sound making the album too compressed and overly loud and obnoxious.

Well that’s all for now folks!

Until next time and hopefully much warmer weather – stay safe and play some old music!