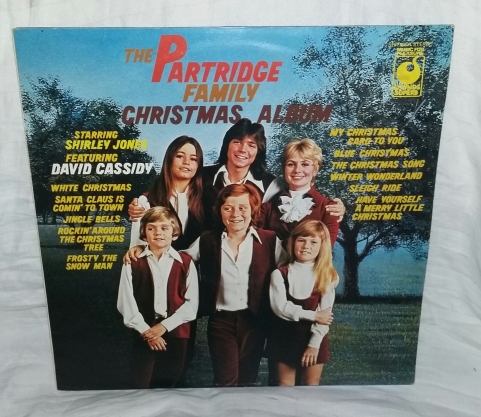 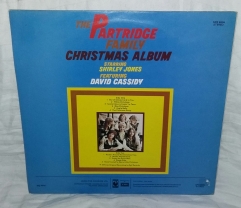 Sometimes you stumble on the funniest things …

Last week I was out doing a little Christmas shopping, very little as I shop mainly online, and low and behold I came upon two Christmas albums on vinyl from the great beyond.

The Partridge Family album I’ve owned for years (since 1971 to be precise) in another version, the U.S. pressing called “A Partridge Family Christmas Card”, and The Waltons’ album I had never seen or heard of before!

Now since both albums were in  good shape, and cheap, I thought I’d snap them up and plop them on my turntable and travel back in time. And oh what a sweet trip it turned out to be once I settled into my chair for a listen.

“The Partridge Family Christmas Album” is a U.K. pressing with a different title and completely different cover to its U.S. counterpart. I’ve never run across this particular pressing of the album so it was really fun to see and hear it.

While it sounds really nice it’s a bit darker, I can’t think of another way to say it, or maybe more veiled than a U.S. pressing but still very nice – and pretty quiet considering it’s age and the amount of dirt I had to clean off the record!

I actually like this album more now than I did in the 1970’s. The song “My Christmas Card to You” especially is terrific, one of the better Partridge tracks in fact, and really should be part of the regular holiday playlist on radio but alas it’s almost forgotten – a shame really.

The other album, “The Waltons’ Christmas Album”, came as a lovely surprise!

It contains narration by the show’s creator, Earl Hamner Jr., throughout the record as well as a track spoken by Grandpa Walton himself, Will Geer, and also features traditional holidays tunes performed by The Holiday Singers.

The whole album feels like a mini episode of The Waltons TV show and was just as comforting and entertaining as I remember it being sitting in front of that old Magnavox television  set all those years ago. How nice to discover long lost old and new friends at the holidays.

As usual gaze above at these two groovy Christmas albums and hunt them down if you want some ’70’s Christmas fun. The Waltons album is available as an Mp3 download and the Partridge is also available on CD and download (or streaming I’m guessing) if you don’t feel the need to hunt down the vinyl.

But for me there’s no better way to hear these then the way they came out originally – crackles and all!

Until next time have a great Christmas next week and remember …

“To you and all your family, your neighbors and your friends
May all your days be happy with a joy that never ends
May peace and love surround you
At Christmas time and all the whole year through”
– “My Christmas Card to You” By The Partridge Family