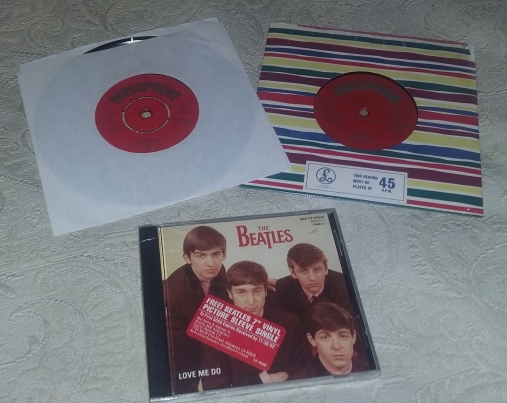 My Love Me Dos’ 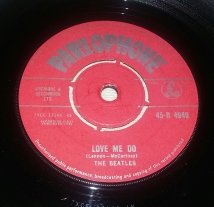 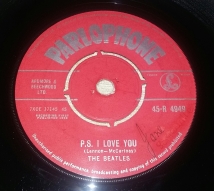 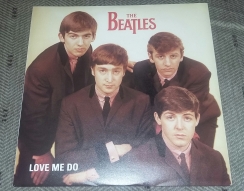 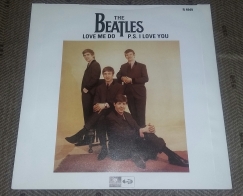 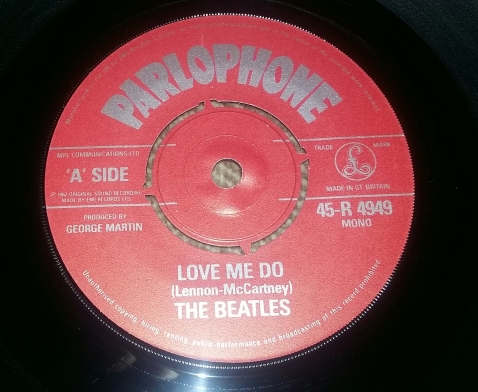 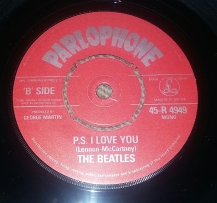 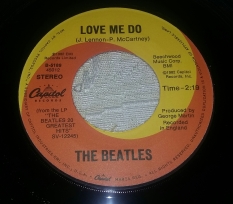 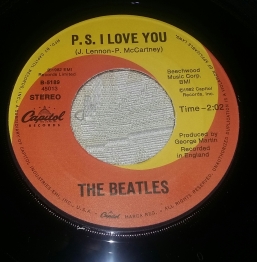 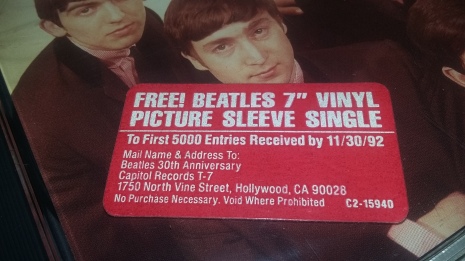 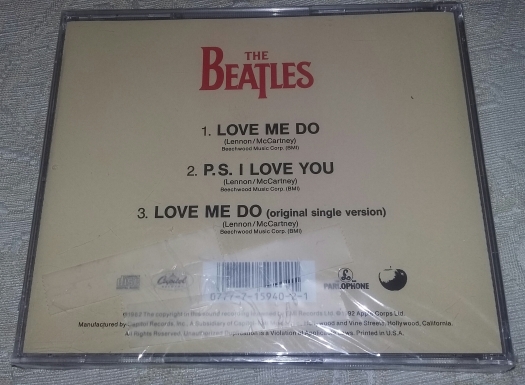 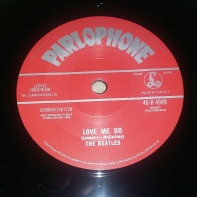 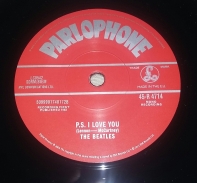 Let’s start at the beginning shall we …

The Beatles first official 45 release came out on Parlophone records in the United Kingdom a whopping 56 years ago this upcoming October!

It’s hard to believe it’s been so long ago but I recently took out my original UK 45 pressing on the red Parlophone label and was knocked out by just how good the 45 sounds!

There’s no better way to hear The Beatles hits than playing good condition original UK 45s! There’s a sparkle and and freshness in sound on the 45s that’s never really been captured quite as well on any other format including CD.

Luckily I got my hands on a VG+ copy that plays beautifully and looks great too!

For those who don’t know the Beatles story – and I’m sure there are a few – the very first UK pressing of this 45 featured Ringo Starr playing the drums while the album version (from the “Please Please Me” album) featured a session drummer named Any White on drums.

Long story short, The Beatles producer George Martin had just gone through Pete Best being replaced with Ringo (Martin felt Best wasn’t a good enough drummer for recording so the band decided to replace him with Ringo) so he wasn’t taking chances on recording an unknown drummer.

Unsure of Ringo’s ability, Martin recorded two versions of “Love Me Do”, one featuring Starr on the drums and one with White playing the drums.

(Note: the tell-tale sign of the White version is the presence of a tambourine which was played by Ringo)

Anyway, the tape of the Ringo version was destroyed many years ago so the only version now available is a dub from a vintage 1962 vinyl copy. Thus owning the original 45 is the closet one will ever get to the master tape so it’s a prized part of any Beatles collection.

Above I thought I’d also include some of the lovely photos of reissues I own of “Love Me Do”  – a UK picture disc and a UK black vinyl 45 both from 1982, a 1982 US 45 Capitol reissue (with picture sleeve), a 1992 CD single reissue (still in the shrink wrap complete with hype sticker) and a rare 2012 50th Anniversary pressing of the 45 that was withdrawn quickly as it featured the album version of “Love Me Do” instead of the 45 version.

There’s still something magical to me about this first Beatles 45. It does sound the most dated of The Beatles music but it’s just so much fun to listen to and I love the feeling of nostalgia and joy I get every time I play it.

In an earlier post I took a quick look at the original UK 45 of “Love Me Do” but I thought it might be nice to see it along with the various reissues I have from throughout the years.

I’ll feature many more Beatles 45’s in future blogs but this is the perfect place to start my in-depth 45 spotlights where I take a look a multiple releases of the same 45 from different time periods.

Until then feast your eyes above and until next time .. be well and pull out some 45s!