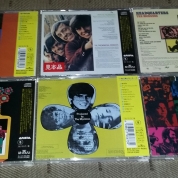 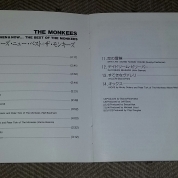 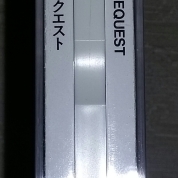 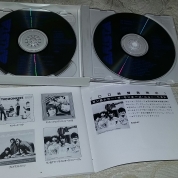 Okay, since I’m still in a Monkees mood I thought I’d once again take a trip back in time and take a look at some Monkees music on compact disc.

Rhino Records/Warner Brothers, who currently own The Monkees back catalog, have done a magnificent job of not only reissuing all of The Monkees albums on vinyl as well as CD but expanding them to include practically every aural morsel of music that resides in the Rhino vaults.

BUT there was a time in the early 1990s right before The Monkees catalog was purchased by Rhino Records in 1994 when it was hit or miss if the entire Monkees catalog would even come out on CD let alone have all these terrific sets with bonus material.

You see, several of The Monkees master tapes have been MIA for decades and even to this day some of the mono and stereo master tapes for certain albums have yet to surface.

That was even more so the case in the late 1980s and early 90s when a large majority of Monkees masters where unable to be located for CD reissues.

This led Arista Records, then owners of The Monkees catalog, to end up releasing several Monkees albums featuring remixes of certain tracks mixed with the then currently available Monkees masters.

(Note: Luckily several of the Monkees multi-tracks (which are used to mix down to a stereo or mono master) survive thus enabling several songs to be remixed)

The first five Monkees albums plus their seventh were in fact released by Arista in Japan (only the first four were issued in the U.S. by Arista) and are a real treat for Monkees fans as the remixes are really fun to hear and have subtle but interesting differences from the original mixes.

Plus the Japanese Arista CDs feature artwork that in several cases is drastically different to their U.S. counterparts which also makes them quite desirable to collectors.

I was fortunate at the time these came out to be able to acquire them through mail order and to this day I love to listen to the mix variations available on these CDs.

The first two Monkees albums “The Monkees” and “More of the Monkees” as well as their fourth album “Pisces, Aquarius, Capricorn and Jones, Ltd.” feature a mixture of mono, stereo and remixed tracks while their third album “Headquarters” was remixed entirely from scratch with all songs getting a new sonic makeover.

The fifth Monkees album “The Birds, The Bees & The Monkees” and the seventh  “Instant Replay” didn’t feature any remixes on the Arista CDs that I remember but were the first time these albums were released in their entirety on compact disc.

These last two CDs sound very similar to the Rhino CDs that were released later but I have an affinity for these as they have such groovy cover artwork and they were the first CD versions I owned of these albums.

There was also a really nice 3 CD set released on Arista Japan called “By Request” that features a really nice overview of The Monkees career up to the early 1990s and includes several of the remixed tracks from the other Arista CDs.

As for the remixes on these CDs, I think they’re all well worth checking out if you’re a Monkees fan.

Some of my favorites include the longer mix of “This Just Doesn’t Seem to Be My Day”, the different sounding mix of “Mary, Mary” which features Micky’s growled vocal more clearly, the lovely mix of “She Hangs Out” which features the horns with a nice sustain that lasts longer than any other version of this song and the entire CD of “Headquarters” which is really nice to hear as the whole album has a slightly different feel in the remixed version.

The first four Monkees Arista CDs are probably much cheaper to find if you track down the U.S. versions but they’re missing the really nifty Japanese artwork.

In fact the rear of the “More of the Monkees” CD matches the Japanese Arista vinyl pressing of that album which I got in the late 1970s so that’s a real treat for me.

So as usual, take a gander above at the CDs mentioned in this post. They’re fun to see of you’ve never had a chance to see them in person.

(Okay, okay I have a lot of Japanese CDs but if they didn’t make them so enticing I wouldn’t lol!)

Until next time, be well and only eight days until my Monkees show!!!

(Ps. I will post a review here with photos a day or two after the show next week so stay tuned)