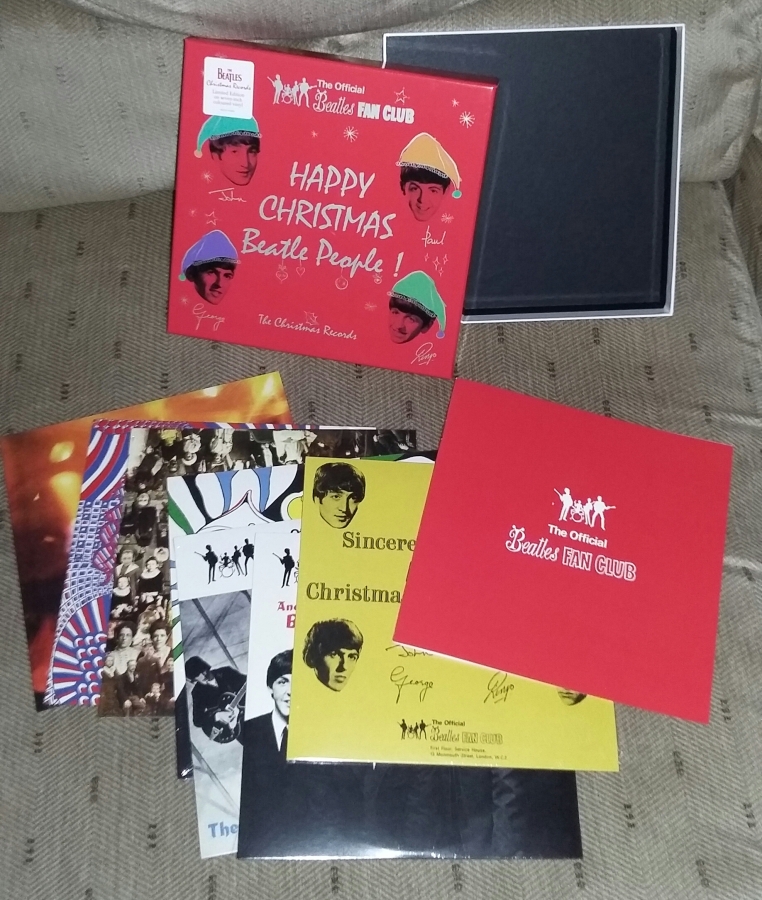 Well, here we are so close to Christmas … again.

A week from today houses around the world will be filled with wrapping paper, foods of all types, happy and grumpy relatives and hopefully for those vinyl fans out there RECORDS!

These discs were originally sent out to fan club members as part of their membership in the 1960s. The originals, worth quite a bit of coin nowadays, were pressed on flexi-discs. (Flexi-discs for those who don’t know are very thin discs made of plastic that had music pressed into them and you could play on your turntable but tended to slip and slide and sometimes required a coin taped to them to track/play properly.)

In 1970 the Beatles fan club sent out a vinyl Lp to all members that contained all the Christmas messages on one long-playing record and that too is a fairly rare and expensive collectible.

Unfortunately, I don’t own any of the original Christmas flexi-discs and because I don’t this new collection of 7-inch reproductions is a welcome treat.

This is the first official release of this material by The Beatles since those fan club issues in the 1960s and for this go-around they are being pressed on vinyl (yay no flimsy flexi discs!) and have sturdy cardboard covers.

The booklet that comes with this new set reproduces the original newsletters as well and Apple Records used the best sources available they have for this material so in actuality these new versions most likely have better fidelity than the originals.

This new set is supposedly a limited edition but I’m not positive how many were pressed. I’ve seen 5,000 mentioned online but that may be what’s available just to the US and not worldwide.

Needless to say if your a vinyl and Beatles fan grab one of these cool looking sets while you can!

(Note: To anyone reading this who may be considering buying this for a Beatles fan in the family and aren’t familiar with The Beatles Christmas messages, these are more mad radio skits than music. There are snatches of music throughout the discs including The Beatles’ Christmas song “Christmas Time is Here Again” which you may here on the radio but really think more Monty Python than Bing Crosby when listening to these discs!)

Feast your eyes on photos (above and below) of this terrific new set as well as a groovy green vinyl Record Store Day Paul McCartney 45 that came out this November of his song “Wonderful Christmastime” that was performed with Jimmy Fallon and The Roots.

I also threw in some photos of a couple of bootleg versions of The Beatles Christmas material just for grins.

Merry Christmas and have a very happy and Beatle-filled New Year!!! 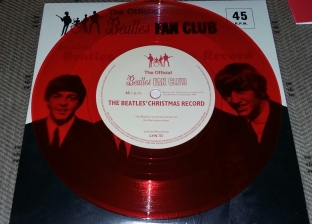 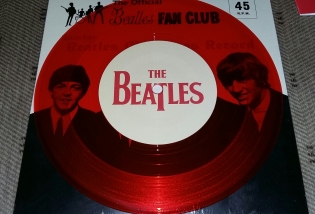 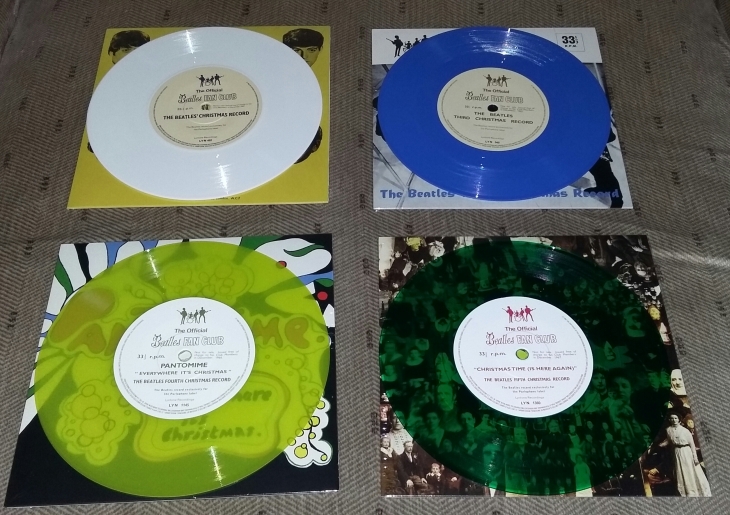 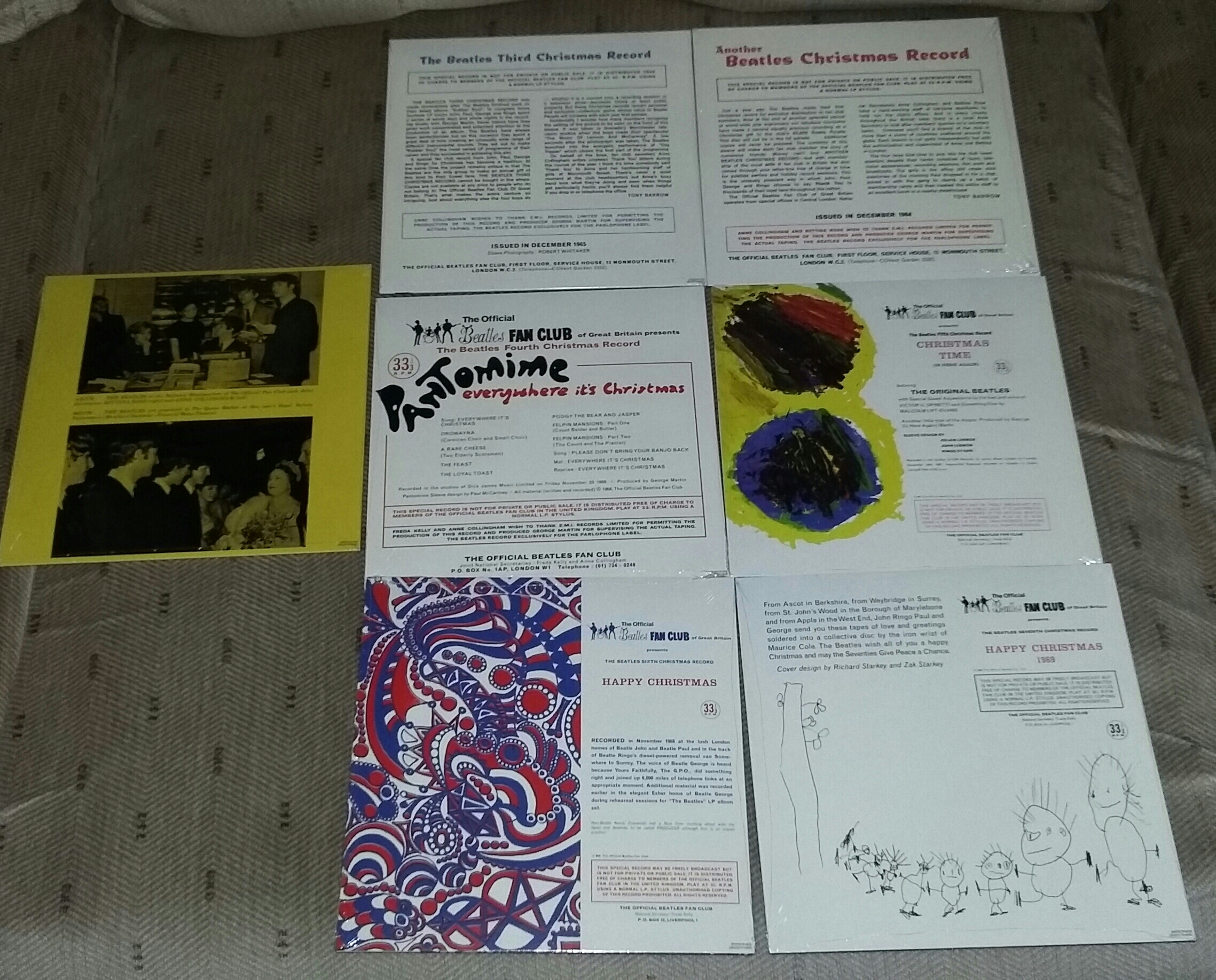 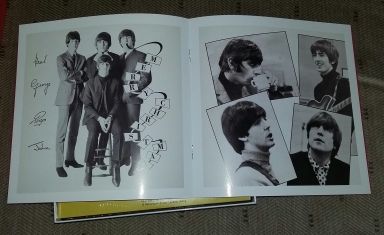 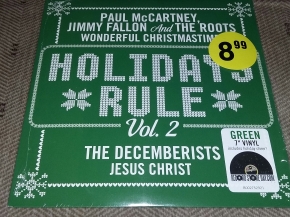 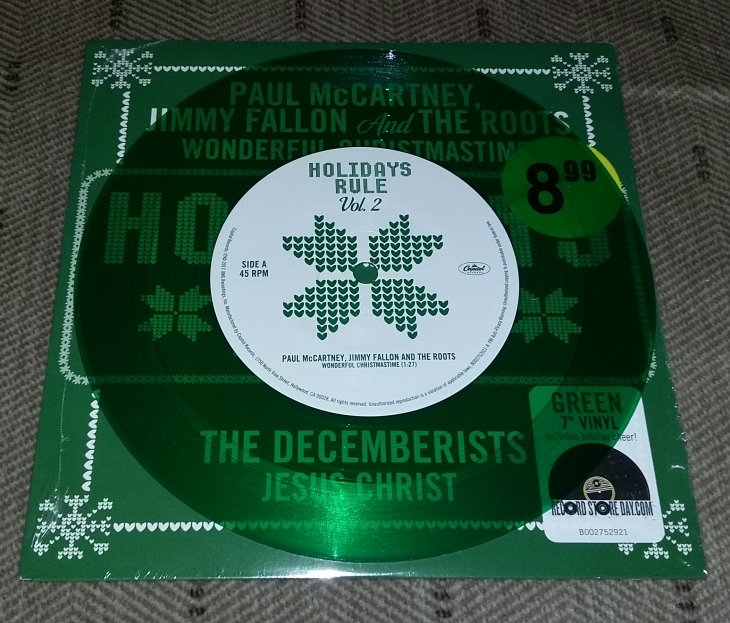 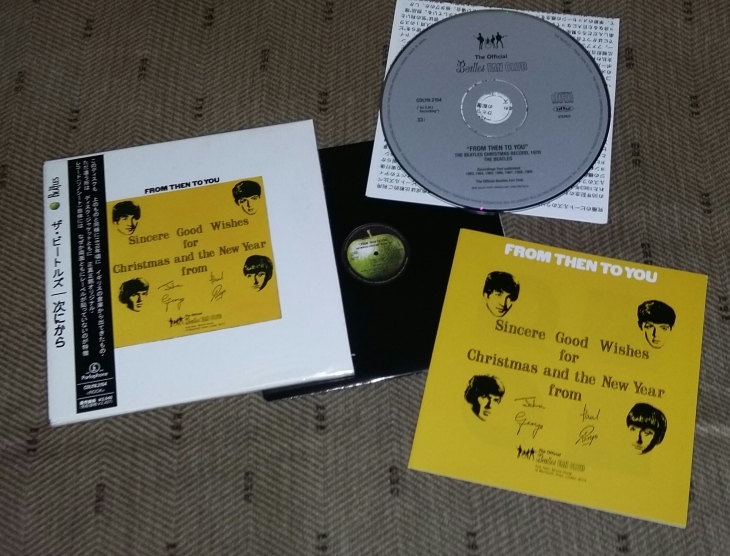