Okay, Christmas has officially arrived at my doorstep albeit two days late!

Today I received the new 3 CD Super Deluxe box set of the first album I ever owned – “More of the Monkees” by, who else, The Monkees!!!

This new Super Deluxe set contains not only the original mono and stereo mixes of the “More of the Monkees” album but it also includes several studio outtakes (including studio floor chatter), alternate mixes, TV mono mixes, live tracks, remixes and everything else even remotely connected to the recording sessions for The Monkees 5 million plus selling second album.

(Plus you get a cool new vinyl 45 that contains a new 2017 remix of “I’m a Believer” backed with a vocal only version of “(I’m Not Your) Steppin’ Stone” in a sweet color picture sleeve as well as a great informative booklet about the album sessions.)

This groovy new 3 CD box is the sixth Super Deluxe Monkees set from Rhino and as a longtime fan I’m just amazed at the amount of stellar music that has remained hidden or lost for all these decades since it was recorded.

Rhino Records, who own the rights to The Monkees recordings and TV show, have been releasing every scrap of Monkees tape in its and Sony Music’s vaults for the last twenty odd years or more and this collection is the culmination of years of hard work and research by Monkee’s archivist extraordinaire Andrew Sandoval.

The first 3 CD Monkees archival set (“The Monkees Headquarters Sessions”) came out in 2000 through Rhino’s Handmade Web division and since that time almost every original 1960s Monkees album but two (so far) have been released in these glorious 3 CD expanded versions.

(Note: technically the Headquarters Sessions box, which began these special Monkees collections, isn’t in quite the same format as every Super Deluxe box set since 2010’s “The Birds, The Bees & The Monkees” but it was the beginning of Rhino’s major troll through the Monkees audio archives.)

One highlight of this new 3 CD set for me is the backing track for the Boyce and Hart written and produced song “Whatever’s Right” from 1966.

This song had been mentioned for years yet was never heard until it was re-recorded and released officially on last year’s 50th Anniversary Monkees album “Good Times.”

This original version is musically much more laid back than the 2016 version and sounds similar to another Boyce and Hart production outtake from that period, the first version of “I Can’t Get Her Out of My Mind” from 1966 which was later remade in 1967 for The Monkees “Headquarters” album.

Several of the new 2017 remixes present in this set are also quite a revelation especially the new remix of “Sometime in the Morning” which has never sounded clearer and the lovely first takes of “Valleri” and “Words” .

The newly discovered multi-track live songs from the earliest recorded Monkees show from January 1967 are also a blast to hear and sound much better than the bootleg version of this show that has made the rounds for years.

The live versions of “I Can’t Get Her Out of My Mind”, “She’s So Far Out, She’s In”  and “Papa Gene’s Blues” are definitely welcome additions to the live Monkees recordings in existence and as about as good sounding as you could hope for for concert recordings from this era.

I’d say they’re a tad lesser quality than the live tracks available on Rhino’s
“Live 1967” album because some of the vocals aren’t as loud but they sound remarkably good here and are the only live versions of the three songs above and are just raw and rocking and fun.

Having owned all the Rhino Monkees box sets I must say that so far, even though I’ve only skimmed it’s contents, this new set ranks up near the top right next to my favorite Super Deluxe box set “The Birds, The Bees & The Monkees.”

While this new set doesn’t quite cover the same wide musical styles/genres as the Birds and Bees set it is nevertheless one of the best sounding Monkees Super Deluxe boxes as the new remixes sound so good and the outtakes are so fresh and fun that I have a feeling I will listen to this new set quite a lot.

This album has stayed with me for over fifty years and in my opinion contains some of the best pop/rock gems from the 1960s. “She” and “(I’m Not Your) Steppin’ Stone” alone justify this albums inclusion in any pop/rock music fans collection!

If you’re a Monkees fan or just a fan of this album it’s well worth your time and coin to buy one before they’re gone.

Above and below are photos of my copy of the new “More of the Monkees” set which is a limited edition of only 4,500 and available exclusively from Monkees.com. 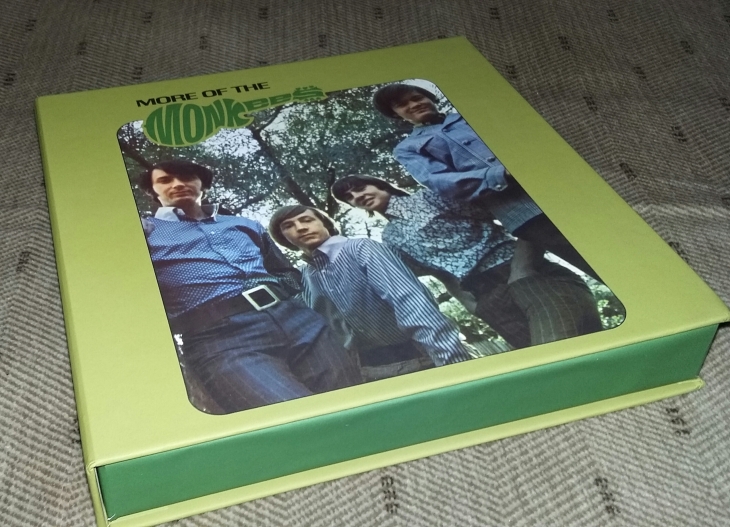 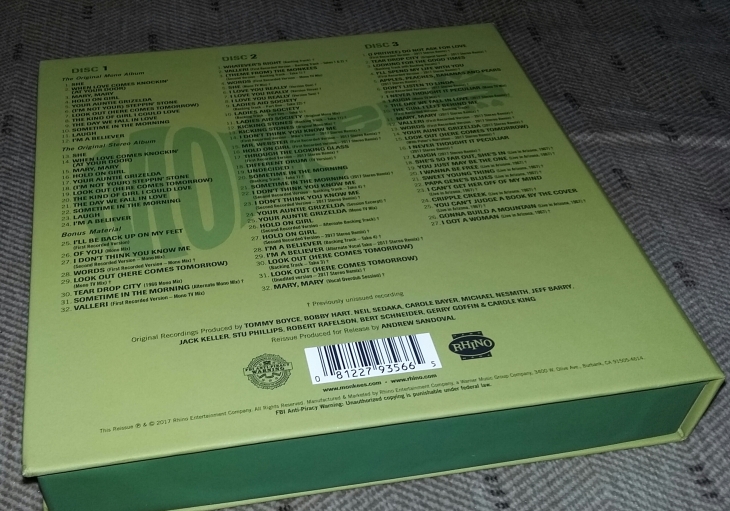