Well, here we are. Where are we?

This past week has brought to mind all sorts of memories that I had tucked away in the back of my mind for decades.

The death of David Cassidy has brought quite a few sweet childhood memories back to the surface and suddenly I was taken back to being five years old and discovering The Partridge Family and falling in love with their show and music.

For today’s post, I’m going to highlight some of my Partridge Family memorabilia that I’ve kept from my childhood for all these many years.

Remarkably, even though I was only four to eight years old when The Partridge Family was all the rage in pop culture, I kept most of my Partridge Family records and memorabilia in pretty good shape.

Now as the title of this blog suggests, I have a pile of Partridge I’d like to share here. First up – paper dolls and lunchboxes.

Seriously, I don’t know why my mother bought them but I did enjoy them and remember setting them up to play pretend concerts!

Jeesh sounds funny now but it is a fond memory and in this time of raw politics and ugliness I Cherish (slight pun intended for those who get it) those sweet memories even more.

I have lots more memorabilia I will highlight in future posts – once I can dig it out  – but here are some photos of my paper dolls and my trusty Partridge Family lunch box (1973 version) that I remember taking to school for many a lunch back in the day!

I thought I’d include photos from all sides of the lunchbox since you rarely see what it looks like except for the front.

Enjoy and keep getting happy if you can. Until next time! 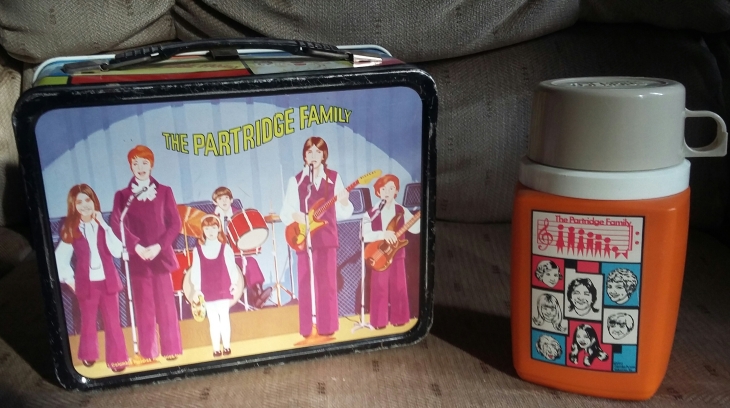 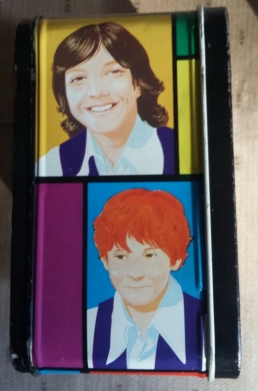 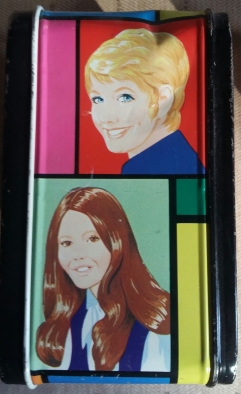