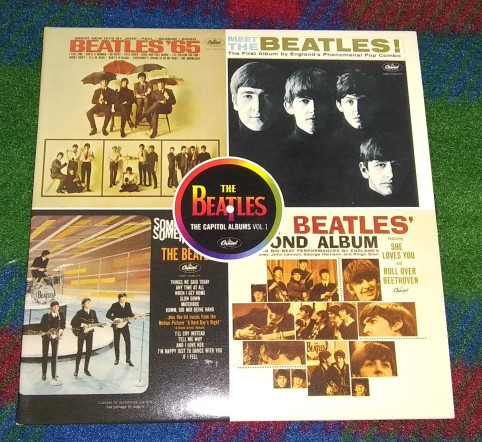 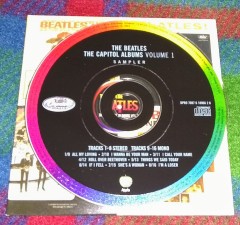 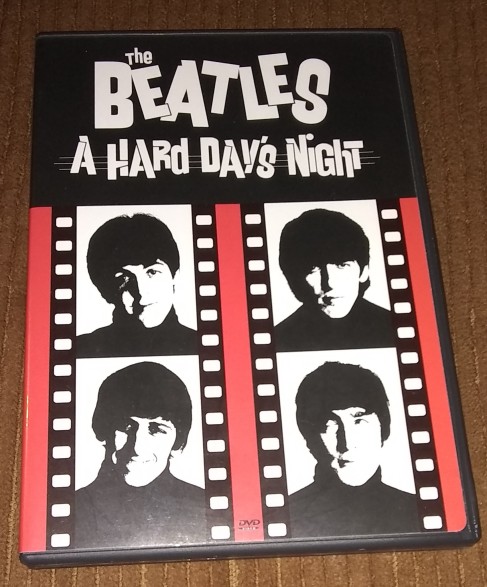 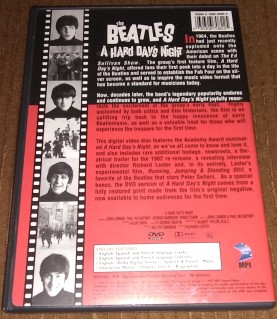 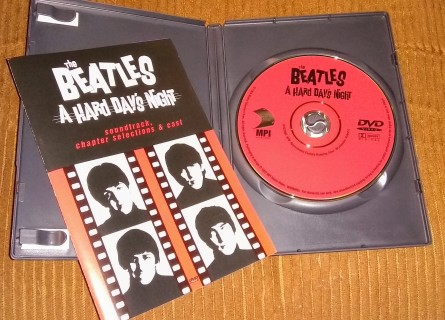 Today marks the anniversary of the day Beatlemania really took hold of the United States.

Fifty-six years ago on another cold February 9th The Beatles performed live on The Ed Sullivan Show in front of over 73 million viewers and changed the course of musical history in the process.

(Note: weirdly enough this years calendar days match the calendar days of 1964 exactly so if you have a vintage 1964 calendar you can use it for 2020 as well!)

Many thousands of words have been said and written about this first U.S. Beatles performance so  I won’t really go into detail about it other than to say it was epic, incredibly influential and a total blast to watch.

Instead of describing The Beatles first Ed Sullivan Show appearance I thought I’d honor the occasion of its anniversary by showing a few rare items from the compact disc/DVD era which perfectly capture The Beatles in 1964, especially in the U.S., and remain the ultimate time capsule back to that time.

Above you’ll see photos of two sampler CDs as well as the DVD issue of The Beatles 1964 film “A Hard Day’s Night” as well as bonus; a cool advertisement for the first issue of Beatles albums on CD which features the hit compilations “Past Masters Volume One and Two” .

“Past Masters Volume One” contains the hit that started it all in America for The Beatles “I Want to hold Your Hand”  so even though it’s a stretch I thought it would be fun to include a photo of the rare ad just for grins.

The first CD sampler, “The Beatles – The Capitol Albums Vol.1”, came out in 2004 and features true Capitol mono and stereo mixes from the first four Beatles Capitol albums that were released in the United States in 1964.

(Note 2: These first four Capitol Beatles albums are the embodiment of Beatlemania for U.S. fans and “Meet the Beatles” especially is tied so closely with The Beatles first U.S. visit in February 1964 that it is synonymous with that time period.)

Of course this radio sampler CD is fairly rare nowadays so I thought it would be fun to show what it looks like.

It’s retail 4 CD set “The Beatles – The Capitol Albums Vol.1” contains all the true Capitol mixes in all their weird glory, with all the fake stereo and added echo that filled the original 1964 vinyl pressings of the albums.

Right or wrong Capitol Records felt that they knew how to market The Beatles music in America better than the UK versions of The Beatles albums thus the American albums have different track listings, covers and a generally more exciting or compressed and/or loud sound than their UK cousins.

If you want to hear how The Beatles sounded to American audiences in 1964 than “The Beatles – The Capitol Albums Vol.1” and its rare CD sampler are one of the best ways to do that especially since they won’t suffer from the pops, clicks and scratches that appear on the millions of beat up vinyl copies that still survive from that era.

The next sampler also highlights the U.S. Capitol Beatles album and was released in 2014 to celebrate the 50th anniversary of The Beatles first U.S. visit by containing all the U.S. Beatles albums in a nifty CD box set fittingly called “The Beatles U.S. Albums”.

While I think this set is super, it contains terrific mini lp CD covers and nice reproductions of the original U.S. vinyl labels, some Beatles fans were pissed that Capitol and Apple (The Beatles company) removed all fake stereo and most of the excessive echo from some of the songs and replaced them with the best sounding UK mono and stereo mixes derived form the 2009 Beatles CD remasters.

While most of the truly unique Capitol Beatles mixes did make it to the box set, some fans were miffed because they felt this was rewriting history. They had the same covers and track listings but they weren’t 100 percent authentic 1964 Capitol mixes thus they felt this set was a major let down.

For me, as Capitol Records often upgraded the sound for their later pressings of these same U.S, albums, I thought (and still do) that this set is the best sounding CD versions of this material and with both mono and stereo mixes present it seemed like just a completely upgraded U.S. albums experience that was and is a joy to look at and listen to true mixes be damned.

Anyway the sampler above is a fun collectible and another fun way to celebrate this anniversary.

The last thing I’ve decided to post is the first DVD pressing of The Beatles first film that came out in the summer of 1964 – their critically acclaimed black and white film “A Hard Day’s Night”.

While the most current DVD/Blu-Ray version of this film does indeed have a better picture, I still enjoy looking at this first DVD version as it has great stereo sound and I love seeing the cover as it takes me back to the first VHS version as it has the same type of cover.

Anyway, there you go. Just a quick little way to celebrate the 56th anniversary of The Beatles first U.S. visit.

Enjoy the photos and f you happen to have a DVD of The Beatles February 1964 Ed Sullivan shows tonight would be the perfect time to take them off the shelf and give them a spin.

Until next time be well and see you soon!