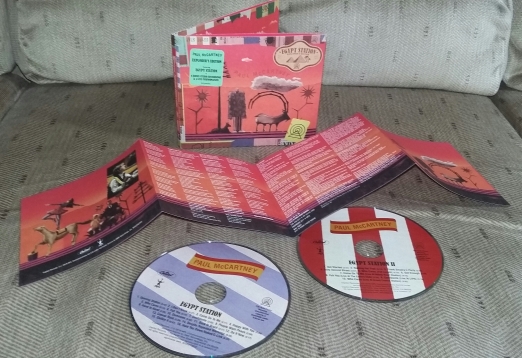 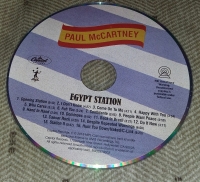 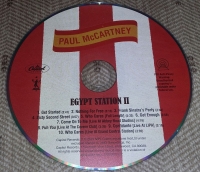 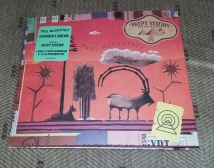 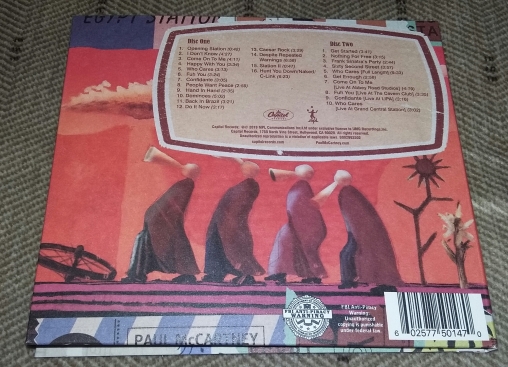 You see last Fall Paul McCartney released his latest (and most FAB I must say) album “Egypt Station” and tomorrow a new 2CD version of that album comes out entitled “Egypt Station – Explorer’s Edition”.

What, you may ask, is so special about this new Explorer Edition?

The first CD is the same as the standard “Egypt Station” CD but this new edition contains a separate disc full of new studio cuts as well as live material.

The track list for the new bonus CD is as follows:

7. Come On To Me [Live At Abbey Road Studios]

Two of the tracks on the bonus disc – “Get Started” and “Nothing for Free”– came with a Target store exclusive CD but are new here for people who didn’t buy the “Egypt Station” CD from Target.

Both of these tracks are well worth owning with “Nothing for Free” especially nice. This is one of the modern production songs that works really well and should have been on the main album. It’s a much better song than say “Fuh You” by the same producer and would have had a better chance for modern airplay if it had been on the regular album.

As for the new studio tracks here I really love “Sixty Second Street”, it’s the kind of slightly jazzy track McCartney does well and is laid back and lovely with ringing acoustic guitars with a ’40’s vibe mixed in toward the end as well – terrific track!

The second new song “Frank Sinatra’s Party” is a solid track as well that sounds to me like it could be an outtake from the 1993 era, “Off the Ground” period. A very solid track that may not have fit the “Egypt Station” album proper but well worth releasing for sure.

“Frank Sinatra’s Party” also has really nice vocals from McCartney which sound as if they were recorded some years ago leading me to believe this has been a leftover in the vaults that he recently pulled out to redo. Good choice no matter what and well worth owning.

The last completely new track called “Get Enough” is one that will take me a bit to get used to in that the processed vocals on it which sound very current sort of obscure a good tune underneath. Not a bad song but the modern production is meh. This one may grow on me – time will tell.

The live versions of the four “Egypt Station” songs sound really good as well – not really crucial but certainly fun to have which can also be said for the extended version of “Who Cares” which I happen to love anyway so more the merrier. The more I listen to it the more I like it, this long version may win out after all.

McCartney’s voice holds up really well in concert with his newer material so these new live versions are fun to hear. Too bad he isn’t doing more songs from the new album live but I guess there’s only so many new songs the general public is willing to sit through – errr but that’s life.

I must say I also really love the groovy new look to the album cover on this Explorer’s set as well – it really should have been this color from the start. I also don’t miss the concertina type cover from the first CD issue and prefer the fold out insert included with this set.

All in all a super nice package that any McCartney fan will appreciate. I must say though that McCartney is pushing the limits with the marketing for this album as it’s been released in a gazillion formats but this new 2 CD set is at least affordable.

There was a Super Deluxe version of “Egypt Station” released last week through McCartney’s Website for $400 that came in a suitcase with lots of trinkets and other material that even I had to bulk at buying. Fun looking set but it’s the music that interests me more than the swag items.

Fortunately this new 2 CD set contains all the new unreleased music that was a part of that set so all is well for the McCartney collector.

As usual take a look a photos of the new set – above. It’s really a terrific set and if you’ve never bought the album this one is for you!!!

I will be seeing McCartney live in two weeks so this new set is the perfect primer for getting ready for the show. I can’t wait to hear some of these new “Egypt Station” songs live in concert and from what I hear on this new bonus disc it will be a great show – as usual.

Until next time, ta ta for now and be well!