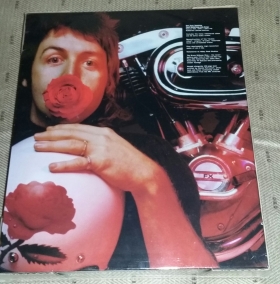 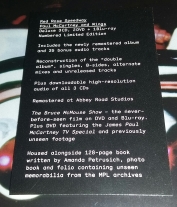 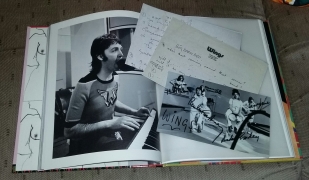 Well it looks like Christmas has come early – at least for Paul McCartney fans!

While neither album were critics darlings at the time, the years have proven that critics are not always the last word on quality as each of these two albums contain some terrific music and some of my favorite McCartney tunes of the 1970’s!

Hopefully these new reissues will help raise the profile of these albums as well as re-address the overly harsh view of McCartney’s ’70’s output.

Each of these albums will be available in multiple formats from 2 Lps sets and 2 CD sets as well as the mother load Super Deluxe sets! The super sets contain CDs and DVDs as well as several groovy books that feature photos and reproductions of various McCartney goodies from the making of these albums.

Today I happened to get the Super Deluxe edition of “Red Rose Speedway” a day early so I thought I’d post some photos so folks could get a glimpse of just how terrific (and yes, a tad bit expensive!) these McCartney Super Deluxe editions are and how much care goes into their production.

I will post reviews of both sets Super Deluxe editions soon but for now feast you eyes on all the McCartney and Wings goodness above!

Back soon with more details on the sound of the discs as well as the video content.