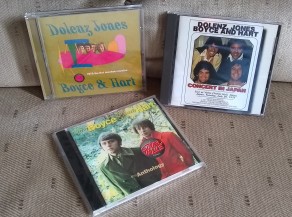 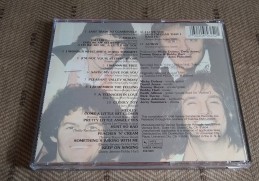 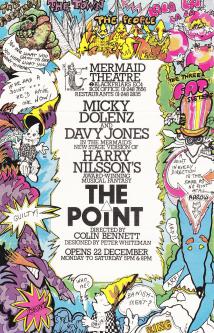 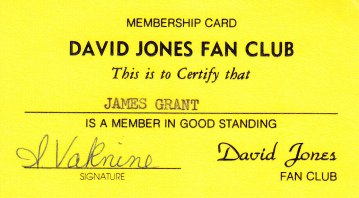 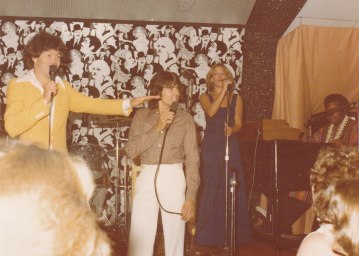 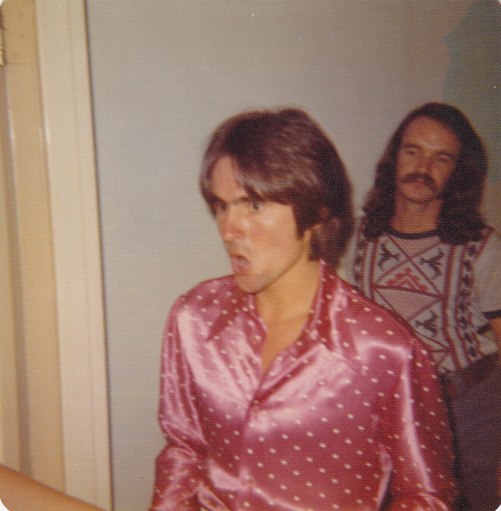 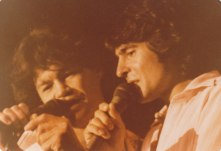 Hard to believe (pun intended all you Monkees freaks out there) but the 1970’s was a long time ago.

Even though I was a kid through most of the decade, I can still vividly remember quite a lot about the ’70’s – Watergate, the Bi-Centennial celebrations of 1976, the crappy clothes as well as most of the groovy music and television shows of the era.

I also remember being a Monkees fan and to put it mildly how utterly uncool a thing that was in the have a nice day decade. As I’ve mentioned on this blog before most of the 1970’s was a vast empty desert for Monkees fans.

Sure their TV show was still in reruns in large parts of the country (not where I lived of course) and their songs did happened to creep up on the radio occasionally but after 1971 trying to find Monkees records or any mention of the group was a futile endeavor.

/that all began to change however in the middle of the decade when in 1975 Micky Dolenz and Davy Jones tamed up with Monkees songwriters Tommy Boyce and Bobby Hart to tour and record new music.

I remember being super excited to see the group perform on “Don Kirshner’s Rock Concert” TV show. As a nine year old it was a real chore to stay up late enough to catch their performance (the show was broadcast on the weekend so it got parental approval) and how cool and odd it was to see two Monkees perform outside the confines of their TV personas.

Then in 1976 when the “Dolenz, Jones, Boyce and Hart” album came out on Capitol Records I was over the moon with excitement as this was as close as  I was going to get to a new Monkees album so I devoured the Lp as soon as I saw it at a local Kmart. In those days Kmart was my main source of music purchasing and  I remember scouring the record section every time I went with my parents.

At the time I was really impressed with the record but even then I remember thinking they used too much echo on Davy Jones vocals and wished they’d had Peter and Mike for at least one song but it was still a thrill it was to have some new “Monkees” music even if it was just two actual Monkees on the record.

While I wasn’t thrilled with all the tracks on the Lp songs like “Right Now”, “It Always Hurts the Most in the Morning”, “I Love You (And I’m Glad That I Said It)”, “I Remember the Feeling” and especially the superb “You and I”  were certainly good enough to get heavy rotation on my parent’s Magnavox stereo as I stared at the trippy illustration from the back cover (see photo in booklet above).

I also remember getting a Dolenz, Jones, Boyce and Hart cup with a frozen Coke (another Kmart staple) which has barely survived to the present day (again, see photos above) and for a brief moment I thought that the group may have some legs and keep on releasing new music. Unfortunately, that wasn’t meant to be.

The “Dolenz, Jones, Boyce and Hart” album was flop commercially but the interest the group generated from touring did propel a new Monkees greatest hits into the Top 100 on the Billboard charts as well as generating a Laurie House 2 Lp set containing  Monkees hits and album cuts that I ordered from the TV in the summer of 1976.

The “Dolenz, Jones, Boyce and Hart” album did briefly manage to surface in the digital age on CD through Cherry Red Records in the UK (not from a tape source though unfortunately). It’s not a bad sounding disc mind you and if you don’t have the original vinyl Lp it’s a nice way to get acquainted with the album.

Another Dolenz, Jones, Boyce and Hart Lp also made it onto CD. The “Concert in Japan” album was released on the Varese Sarabande label and is really worth checking out as it sounds terrific and includes most of The Monkees’ biggest hits as well as Boyce and Hart’s smash “I Wonder What She’s Doing Tonight”.

Some of the photos come from Dolenz and Jones club tour from 1977 as well as some photos of Jones solo shows from the 1970’s. The Dolenz, Jones, Boyce and Hart fan club was also the source for a low-fi recording of a Dolenz and Jones show from the Rum Point from July 1977 that’s a real treat as well.

I also threw in a UK flyer I got for “The Point”, a play which starred Dolenz and Jones from the 1977/78 time period. It probably came from the Dolenz, Jones, Boyce and Hart club as well as they sent a lot of things like that at the time including the original UK pressing of “The Point” cast recording on MCA Records.

Also, if you’re a big fan of the “Dolenz, Jones, Boyce and Hart”  album there is a 1995 CD from Australia called “The Tommy Boyce and Bobby Hart Anthology” which contains some songs from the Lp ( “I Love You (And I’m Glad that I Said It)”, “A Teenager in Love”, “Sail on Sailor”, “I Remember the Feeling”) that sound like they’re from a tape source and are a great source for these tracks.

You also get a nice selection of Boyce & Hart tracks which are also worth the price of admission as many of them would have made superb Monkees tracks in the 1960’s.

Well that’s all for memory lane today. Until next time be well and as usual take a gander at some of the photos above to see some of these groovy ’70’s artifacts.

Be safe and see you soon!